After announcing intentions to enter the Canadian market in early 2011, 4over Inc. states it will begin producing work out of a Mississauga facility on December 5, after the hiring Tom Hogan as Plant Manager several weeks ago. 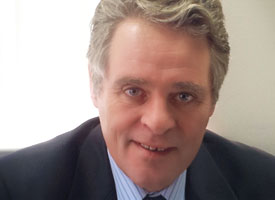 Hogan played a key role in the printing of The Globe and Mail newspaper with outsourcing production to Interweb Ontario. He was also involved with the start-up and development of Transcontinental Metropolitain, which produces La Presse newspaper in Montreal.

Describing itself as North America’s largest trade printer, 4over lists 440,000 square feet of office and production space in eight American states. The company describes its Mississauga facility as a 40,000-square-foot space. A 4over spokesperson announced plans to begin live production at the Mississauga plant this coming Monday, December 5.

With its pending start-up in Canada, 4over exhibited at the recent Graphics Canada trade show held in Mississauga. “The reception we received was fantastic,” said Zarik Megerdichian, CEO of 4over. “Bringing the same levels of quality and service we provide in the U.S. to our Canadian customers has been one of our top priorities for some time, and this reception proved it was the right choice.”