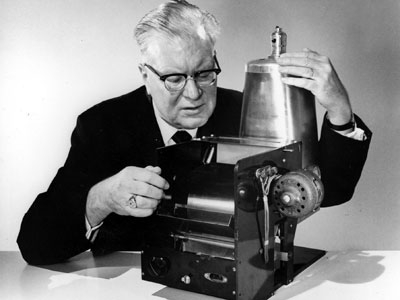 This week marks the 75th anniversary of the first xerographic image created by Chester Carlson. The technology is the basis of toner printing and copying technology.

“Now is the time when many companies would look back, and we certainly will, but only for a moment. The real focus of our celebration will be the future and how Xerox will continue to simplify how work gets done,” said Ursula Burns, Xerox CEO and Chairman of the Board. “That’s why the theme of our anniversary year is ‘The Next 75.’”

Chester Carlson, a serial inventor, got the idea of an automated copying device as a patent attorney in New York. Working in combination with Otto Kornei, an Austrian physicist, they created the first dry copy device in a rented Queens apartment. The two produced the first xerographic print, a simple reproduction of a handwritten date and location: 10-22-38 Astoria.

The technology was not an immediate success, however. It was said that Carlson presented his invention to the likes of IBM and Eastman Kodak, but none saw the appeal. It was not until 1946 when the Haloid Corporation of New York took a chance on Carlson’s electrophotography, eventually renaming it xerography.

Haloid eventually became so successful with xerography in the 1950s and 1960s that the company changed its name to what it is better known today: Xerox. It’s landmark copying machine, the Xerox 914, was released in 1959 and could copy at a rate of one copy every 26.4 seconds (136 copies per hour). 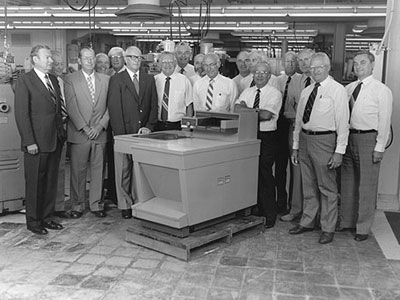