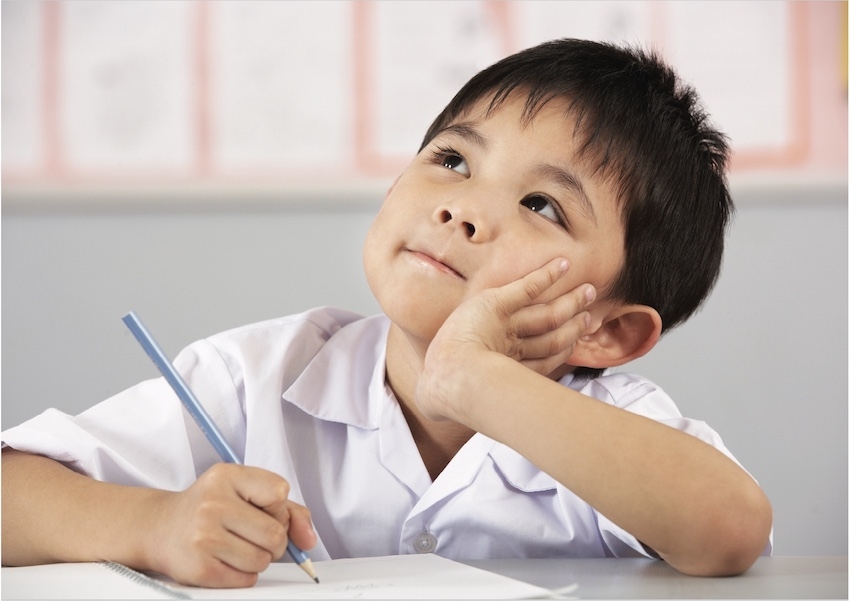 Epochal comedian George Carlin once discussed how the English language had expanded to create pointless new vocabulary. Carlin recounted how during the First World War, many servicemen suffered from shell-shock. During the second Great War, this morphed into battle fatigue. Finally after the first Gulf war, a newly penned description was wrestled out of dictionaries and we now refer to it as PTSD or post-traumatic stress disorder. The argument was why bother? Shell-shock provided a clear straight-forward description of mental suffering afflicting many who fought wars or experienced horrific events — and it’s a whole lot shorter. Who needs yet another acronym? Sometimes you need to step back and keep it simple.

Numerous associations put up a good fight to pump print’s tires. Somehow this tactic seems drowned out by the constant noise and content of social media. Shouting alone in a forest comes to mind. Recently Canada lost a very influential Bay Street executive: William Wilder. Mr. Wilder passed at age 96 and was said to be always ahead of the curve. Years ago when asked about the roots of his success, he said: “What Harvard Business School did for me was point out that if you’re going to be a success in business you’ve got to be able to make decisions even when you don’t have all the facts. I find that Canadian executives are frightened by the very thought of making decisions.”

Making a decision has always been a chore for most so we tend to put them off. However there are many decisions that are easy to make and can result in improved margins. As Mr. Wilder suggests, the act of reaching a conclusion is often when your instincts are followed. Challenges abound today in all sorts of industries that are peppered with altered business metrics resulting of new technologies. However these tend to push aside the often mundane costs that can be trimmed immediately.

Besides the continuous search for new business and constant concerns about rapid new inkjet technologies, there remains very basic business practices that are overlooked. Some may be out of your control but most are staring back at you every day. History repeats itself but also has many common sense lessons that can be applied right now. One simple rule is if something doesn’t work, get it fixed and fast! Another one: don’t over-complicate a problem or remedy. In 1906, the Ford Motor Company moved its machine tools next to the fabrication lines. Ford also embraced tooling jigs which meant it didn’t need to hire highly skilled machinists and also guaranteed conformity of parts. Not many had thought of that before. There weren’t ‘The GE Way’ or ‘Daily Drucker’ handbooks back then – just the Ford common logic: sit in the corner and think about it awhile. Someone looked at a production problem and asked why?

Today it may be hard to increase prices but by taking a fresh look at what and how you do things and questioning everything, you can save your company thousands if not hundreds of thousands of dollars.
I can assure you that none of these suggestions are new or confusing, but are almost always neglected or ignored. Here are a few worth revisiting:

• Maintain your equipment. Ever since Sir Joseph Whitworth fashioned his first metal lathe, manufacturers have reminded us to maintain our machines, but this rarely happens and it is getting worse. By simply changing oil filters in a modern offset press, you can increase the life of the press and reduce costs and unplanned downtime. In fact, changing any filter can eliminate a multitude of problems, including overheated compressors to seized bearings. Furthermore it could mean never changing the oil in your press. Filter change twice a year — it’s the best return on your investment. Eschew making up rules and instead, slowly correct bad housekeeping habits, messy environments and those boneyards filled with stuff no one knows what to do with. As production areas improve, misplaced items stand out. Production actually improves when staff work within a system that’s anchored by a spotless environment.

• Lubricate your equipment. Thousands of dollars are saved just by ensuring gripper bars, chains and other lubrication points never run dry. A gripper shaft replacement on a typical 40-inch press can cost as much as $10,000 when all it needed was cheap grease. Get into the habit of immediately fixing problems and replacing parts. Operators need to be reminded that just because they can do a work-around, it doesn’t mean everybody can. Problems also tend to add up like stacks of lumber. Never let that happen.

• Maintain your plant support equipment. Want to know how often an air compressor goes down from lack of basic maintenance? Perhaps you already know. Compressors, HVAC systems, rolling stock and batteries never fail on a Saturday at midnight — they fail when in use. Multiply the costs with that of lost time and shifting schedules. It’s not just the $20,000 compressor anymore; it’s wages, overtime and immediate lost profits. Numerous failures, even fires, can be traced to filthy support equipment, such as compressors. Have a simple uncomplicated schedule made up and put someone competent in charge of all these devices. Don’t have anyone like that? Then use outside service companies to come in for scheduled maintenance and then watch your overhead costs plummet.

• Eliminate aging equipment. Just because something is paid for, it doesn’t mean it’s profitable. Older equipment tends to break down more often and uses higher amounts of electricity and labour input. New equipment allows you to do more work with less labour. It doesn’t matter if you run offset or digital, there have been such rapid increases in efficiency during the last three years that sitting back actually raises your overhead. A new B1 eight-colour perfector can do the work of three 10-year-old machines and at a lower cost.

• Ensure you have adequate insurance. Claims are a disaster — even worse are the lack of proper replacement coverage and lack of business interruption protection. Bad insurance can ruin any business. Review your policy with your insurance agent and get good advice from an independent party, such as an adjuster. The worst time to find out you aren’t adequately covered is after a claim.

• Update your plant lighting. This is another simple and well discussed topic, and it’s ridiculous how many plants seem to either ignore or disregard having an immediate cash saving! There is currently only one solution and that is the LED. No longer price prohibitive, LEDs not only cut your facility lighting costs in half but also eliminate all the labour of changing burned out bulbs and ballasts. On a recent plant overhaul, we ripped out all power-hogging high intensity discharge (HID) and fluorescent fixtures. The most common HID is rated at 400 watts and uses primary voltage. Add the extra drag of the transformer and you get 480 watts per fixture. The new LED has a higher lumen rating and uses only 170 watts — that’s half the cost! T5s (fluorescent) still have ballasts – electronic or not – but the bulbs still burn out, cost money to replace, and are often located in hard to reach places. LEDs means you can forget about lighting virtually forever. In fact we don’t have a single fluorescent or incandescent bulb in that facility. We even changed the soda machine and interior machine-tool lighting, resulting in half the costs and zero maintenance. Pretty simple. The initial costs to convert should not be your biggest concern because over a very short time, the savings of never having to change a bulb go hand-in-hand with immediate power bill reductions. Some jurisdictions even pay you money through rebates when you replace archaic fixtures. If you’re renting your space, consider leaving existing plant lighting in place so if you move, you can take your new lights with you.

• Pay attention to the post office. It’s common knowledge the problems some countries are facing with antiquated labour intensive abilities to delivery to each and every address. The USPS in the United States has even more to worry printers, with a loss of US$3.9 billion in the last year and an even more concerning US$121-billion pension liability as of 2016. Package delivery might be a bright spark but fixing the post offices around the globe is going to mean substantially higher delivery costs. This simply will negatively affect the direct mail portion of print. Higher costs are one thing but suppose the “every address” formula gets altered so everyone has to pick up mail at select locations? How will that impact you if you’re heavily reliant on the postal service as your delivery medium? Take a peek into any condo or apartment building community mailbox than at the nearby blue recycle bin. The bin is always full. If you’re currently heavily involved with direct mail, look for new sources of revenue that won’t be affected by the post office.

Print is in an exclusive zone and newly revitalized as customers who previously left us for the web now realize how many eyeballs print attracts. What we printed and who we sold it to, even just 10 years ago, has radically changed. No other communication medium can duplicate what we do — and we are constantly reinventing ourselves. The printer’s creativity is unmatched, so much so that we are starting to return to the core elements of artistry and typography, while supplying a product that is 100-percent recyclable. Consider how much new printing is being created for products that would be unheard of just a few years ago. One example is pre-packaged and ready-to-go fresh food, which is couriered to you ready for assembly and cooking. I was surprised to see how much printed material came in a box.

But again, be vigilant when considering how upselling processes, such as UV coatings, might end up in the cross-hairs of environmentalists as they zero in on the difficulties of recycling paper and packaging. There are always new challenges lurking. Imagine print’s consistently green future. Plastic in all forms, especially in packaging, is rapidly gaining negative media attention.

As a 1939 advertisement boldly stated: “Printers can be prosperous only in proportion to the prevailing belief in their product as a selling medium.” This message may be 80 years old but still rings true today.

This column was originally published in the May 2019 issue of PrintAction, now available online.
Print this page