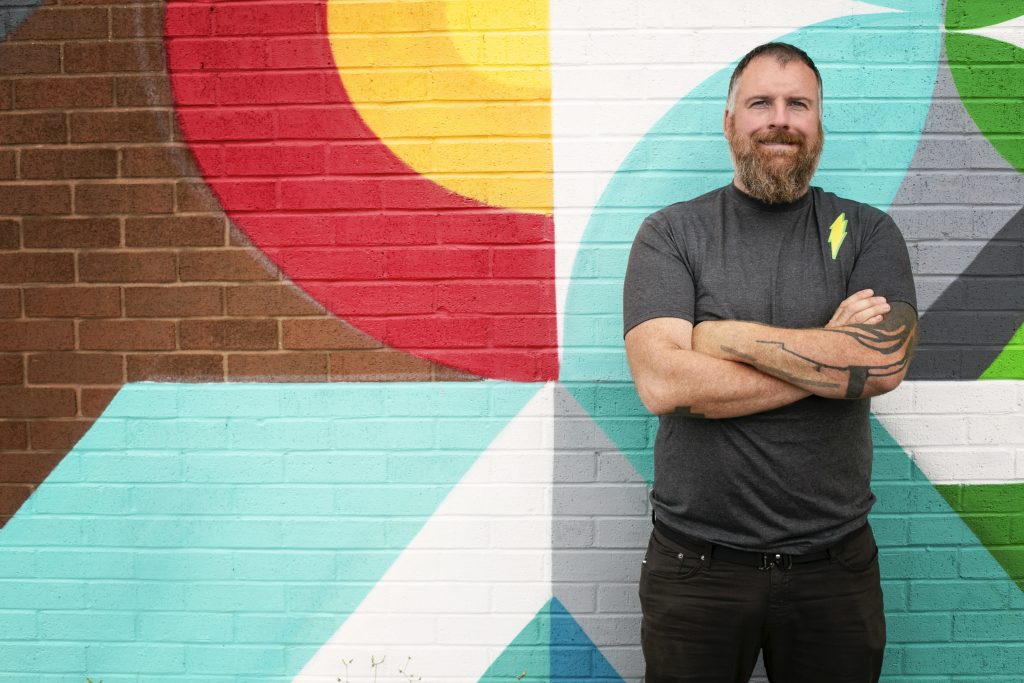 When one thinks about ingredients for success at a specialty printing company, several come to mind—cutting-edge technologies, innovative minds, years of expertise and a collaborative spirit are certainly among them. However, these days, you also need a leader willing to push the boundaries; one who has a strong business mind and a passion for achieving what many would consider impossible.

You’ll find these qualities in Rich Pauptit, president of Flash Reproductions, Toronto. When he says that he’s realizing all his hopes and dreams with certain current equipment purchases, it’s worth paying attention to. However, before we get into the machines (and dreams), let’s go back to the start.

The Valiani Omnia, an auto feed diecutting machine, was installed earlier this year at Flash Reproductions.

Pauptit’s father Carl Pauptit started a printing business in 1969. “Summers and after school were spent at the shop; screen printing, die cutting and collating,” he explains. “I never intended to do this for a living, and my dad never pressured me. We never talked about it.”

Pauptit trained in radio broadcasting, but found there wasn’t as much room for creativity as he had imagined. When he graduated from business school in the late 1990s, his dad asked him if he was going to get an MBA or would he rather learn most of it while working for the family business?

During the next six months, Pauptit immersed himself and was completely enamoured by printing. “I got to work on some really exciting projects,” he says. “From the start, I loved talking to designers about their ideas, and then taking that and putting it through the filter of knowledge and experience that we had at the shop. Our pros know how to get the most out of our equipment and what can be done with one technique versus another, and at the end, helped bring the idea to life.” 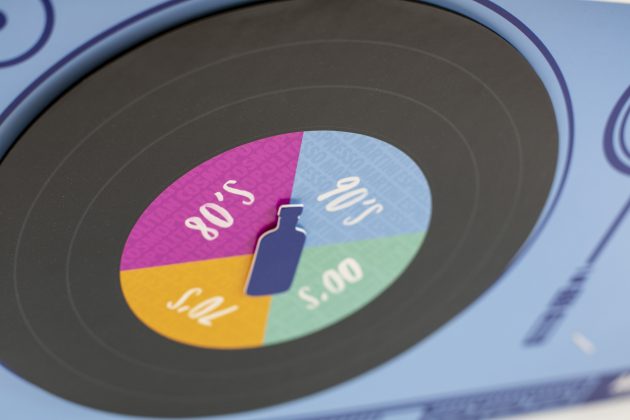 As time went on, Flash Reproductions started accomplishing things that most North American firms could not come close to. “It’s usually not a smooth ride from concept to reality but we lean into that,” Pauptit says. “Our people are up for anything. I came into it with youthful enthusiasm and learned a lot from my dad before taking over in 2009. What sets us apart is that we’re always excited to make the end result impactful. We’ve become rather obsessed with having every technique in our shop, every tool at our fingertips. Designers come to us with passion and we meet them with a similar passion to create something extraordinary.” 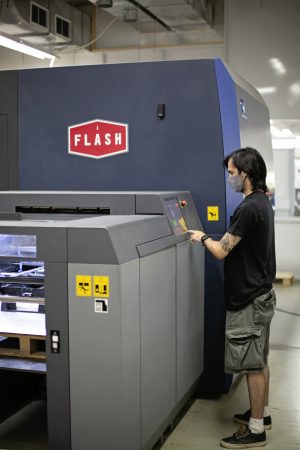 Among the many tools at the fingertips of the 40 staff members at Flash is a KM1 UV inkjet press, installed in 2017. This gives Flash the ability to achieve an offset-like print quality on virtually any substrate.

Since the KM1 arrived, Pauptit wanted another machine that could allow Flash to fill a growing demand in specialty printing: small quantities of unique items. However, the cutting machine he dreamed of didn’t exist then.

“The KM1 is a B2 press built for short runs, and that is what the market is asking for,” he says. “But finishing short runs with an analog cutting workflow is time-prohibitive and cost-prohibitive, so that was a bottleneck for us. With longer runs on the Heidelbergs, the set-up of dies or programming of a guillotine makes sense, but with 10 or 50 sheets off the KM1, we don’t have enough sheets to even set up. Our customers are producing smaller, more targeted campaigns, but they still expect high-quality work from Flash, and while we could finally print quality short runs, the finishing was a challenge.”

Meanwhile, luckily for Pauptit, the Valiani Omnia cutter was being developed. He jumped on it as soon as it was available, and in March 2021, one arrived at Flash (the first to be installed in North America). “Its use has ramped up more quickly than anything we’ve ever had,” says Pauptit. “Perforation, cut, crease, it will finish anything that comes off the KM1 and even some work off our conventional presses. There’s no set up and it can change the die line as it feeds sheet to sheet. Sometimes it cuts sheets after they come off the KM1 down to manageable sizes for letterpress, foil stamp or emboss. We can trust it completely with accuracy before we go to the next step.”

With both the KM1 and the Omnia allowing the same attention to detail and finish quality as previous machines (but faster and cheaper), Pauptit says there is no technique they can’t offer for small orders such as 10 pieces. Also, the timeline is days instead of weeks. “The Omnia is a small link in our chain, but an important one,” he notes. “It’s really changed everything and I don’t know how we’d go back to working without it.” 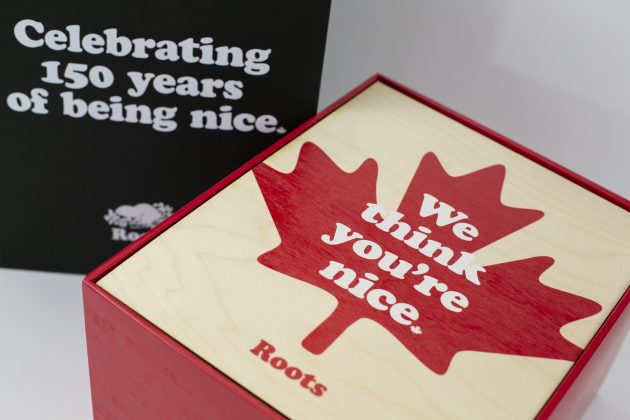 Other machines, other capabilities

Over the last few years, Flash has also added pad printing, which enables printing on non-flat surfaces such as bottles and unique cases. Pauptit has also purchased rapid gluing machines, along with some other small items, such as specialty book binders.

“Right now, I’ve realized my hopes and dreams,” he says. “We do a lot of luxury packaging that spans every industry, cosmetics, tech, food and beverage. We’ve done this for decades, but it’s heating up. We are increasingly involved in creating luxury packaging in such a way that the box itself blows people away. Our customers realize that if they’re going to spend so much time and effort commercializing a product, then the packaging should also be at that level.” 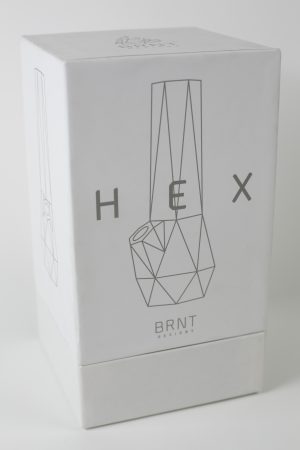 There are still some items on Paupit’s wish list. He would like a smaller version of the KM1 that would be able to run jobs down to the size of a postcard, even if the press is hand fed. He’d also like a machine that can foil stamp and embellish for smaller runs with the same quality as analog machines. “There is a lot of demand for foil stamping,” he notes. “I’m in constant talks with the digital embellishment people, but the level of detail is not what we need to see, and we’d like to be able to print on unlimited, uncoated substrates like we can on our analog presses. We don’t want any limitations. I know it’s a lot to ask, but I want to be able to take any size sheet, with any finish and foil stamp on any substrate without making a die. Until we see that from a digital machine, we’ll keep doing it the old-fashioned way. It takes skill and time, but in the end we’re proud of it and that is essential.”

In terms of newer substrates, Flash Reproductions is printing a lot on glass these days, along with conventional plastic and acrylic, along with some new biodegradable materials (e.g .compressed pulp board) that are highly rigid. 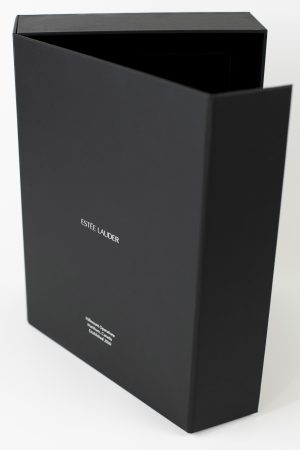 The future is now

Looking at the evolution of print, Pauptit notes that long ago, it was incredibly interesting and exciting, then it became boring, but now it’s exciting again. “At one point in history, print was the only way to mass communicate and now, of course, it’s one of many ways,” he says. “Everyone was worried about the internet’s effect on printing, and it has certainly changed the scope, but there are still many instances where print is the best way of communicating. Print has been pushed into a premium space, creating things that have a reason to physically exist; beautiful, striking things that people physically interact with.”

In terms of Pauptit’s own career, it really has run parallel to the print industry’s evolution. He was always focused on the high-end work because that’s what held his interest and challenged him. “I always wanted to see how we could push ourselves, and now that’s what printing is—what we always saw as the interesting part of the market is now the market,” he says. “If companies are bothering to print at all, they want it to be beautiful and use the best techniques and materials.”

Reflecting on his success, Pauptit is very mindful of expanding business for the sake of expanding. He’s believes to have achieved a good balance, and will be careful to preserve it. He’s got all the equipment and the people to work it skillfully, with the volume of projects needed to support that. He feels that right now, Flash is perfectly sized for the companies in and around Toronto (in addition to a few U.S. and overseas clients). You don’t want to lose the intimacy, he says. You want to grow better, and not bigger.

“I got excited about producing amazing projects early in my career, which caught the attention of industry insiders,” Pauptit shares. “What we managed to do was to fly a flag for those who want to do amazing things with print, to say ‘Come here, this is where it’s happening.’ We’ve been able to build that over the years and attract the very best creative people, the very best operators and minds. I think that if you’re doing exciting things, exciting people want to join you. I am so proud of my team and I can’t wait to see the things we’re going to accomplish in the future.”