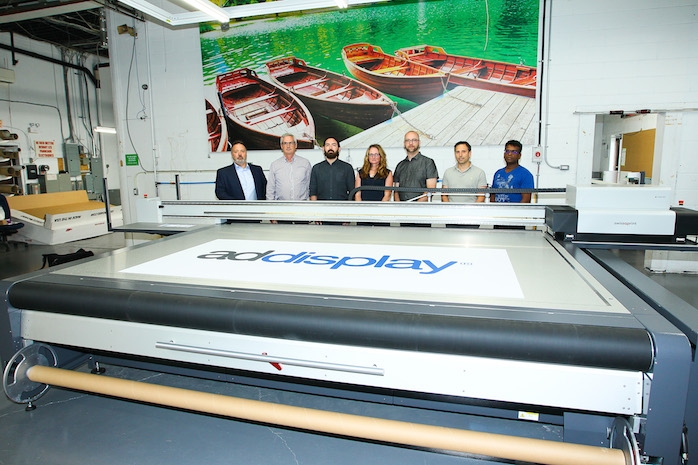 Ad Display says it is increasing its production capacity by four times in Quebec with the installation of a swissQprint Nyala LED large-format flatbed printer and the Kongsberg Esko CNC cutting table.

Purchased through Cansel, the system is described as the first 10-foot Nyala LED installation in Quebec. It is an eight-colour configuration with plus spot and white channel (CMYKlclm – orange, green and white), leveraging 16 printheads. It will primarily produce large-format graphics for P.O.P, displays, banners, signs and decals.

“We understand that in a competitive and rapidly evolving retail environment our clients require the highest quality prints with precise sizing and the quickest turnaround possible,” says Scott Jones, Ad Display Group President. “Our role is to understand and be responsive to those needs. Investing in the Nyala LED was about believing in our long-standing relationships with clients and our willingness to have the conviction to commit to investing in the technology that will take them where they need to go.”