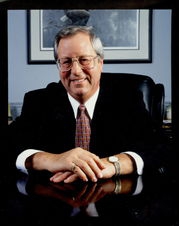 Al George, one of the most-influential printing business leaders in Canada through the 1980s and 1990s, passed away on May 9 at age 73. George was best known for his leadership of McLaren Morris and Todd, which was founded in 1958 and soon became the print supplier for Hallmark Cards. By the early 1960s, the production of greeting cards represented 25 percent of total company revenues.

Following this preeminent Canadian printing contract, McLaren Morris and Todd (MM&T) burst into North American printing notoriety when the company’s owners took a chance on a new, struggling client trying to manufacturer their Trivial Pursuit board game – created in 1979 in Montreal by Chris Haney, a photo editor for Montreal’s The Gazette, and Scott Abbott, a sports editor for The Canadian Press.

With MM&T’s crucial manufacturing partnership, Trivial Pursuit would become a global phenomenon, peaking in 1984 when more than 20 million games were sold across the continent. Building on its greeting card and Trivial Pursuit growth, as well as the 1980s boom in collector cards, MM&T began to shift its primary focus onto the production of labels as the company was purchased by Al George and John Morris in 1993 – with previous, second-generation owner Southam retaining a 30 percent interest.

The leadership of George and Morris, who would purchase the balance of Southam’s interest in 1995, would set the foundation for one of North America’s leading label-printing operations, which ultimately led to its purchase by Mail-Well (Cenveo) in 1998. At the time, MM&T had sales of approximately $50 million. Commenting on the sale, George, who was serving as MM&T’s President at the time, said, “We will now be able to expand beyond our current capabilities with the backing of the substantial Mail-Well printing organization.”

George remained with the organization until his retirement in September 2002. The MM&T operation would continue to evolve as a North American printing powerhouse. In 2013, the facility would see a technology investment of more than $6 million to install a 14-unit Heidelberg Speedmaster XL 106 sheetfed press (featured in PrintAction’s May 2015 cover story.)

In 2015, printing giant WestRock Company entered into a definitive agreement worth approximately US$105 million to acquire Cenveo’s Packaging interests, involving six Cenveo facilities across North America, which generated more than US$190 million in revenue in the previous fiscal year. This deal included Cenveo Packaging’s most-prominent Canadian facility, MM&T, in large part built by the innovation and strategic insight of Al George.