Matthew Alexander, President of Colour Innovations, will lead a session called Environmental Concerns in the Future of Printing at next week’s Envision Colloquium, hosted by the third-year class of Ryerson University’s Graphic Communications Management program. 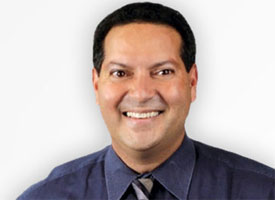 Alexander is to be joined on stage by two other key industry executives in Henry Laszutko and Gerry Visca.

Laszutko, whose session is entitled Innovations in Packaging, has spent the past 22 years in sales management for Avery Dennison and CCL Label, the latter of which is described as the world’s largest label converter – with 60 plants. Laszutko is currently the company’s top sales executive in the North American Healthcare Group.

Visca is an award-winning Creative Director with Redchair Branding and will lead an Envision Colloquium session called The Innovation Gap, Cultivating Creativity in Business. He has 15 years of senior experience working with top Canadian design agencies and directing more than 400 creative campaigns. Visca is a well-known keynote speaker, self-described as “Canada’s Inspirational Coach.”

Alexander is one of the most-respected printing executives in Canadian printing and has spent the past several years building the environmental strategy of Toronto-based Colour Innovations. Supported by high-profile business partners like Pius Schneider and Steve Kendrick, Alexander is able to translate his extensive background in prepress and printing to the company’s marketing and sales teams.

The third-year class of Ryerson’s Graphic Communications Management program hosts a colloquium event every year, built around themes like Fusion, Exploring the Multimedia Mix (2010) and Globalization in Print (2009). As suggested by this year’s three speakers, Envision focuses on the innovation and future of print. The event begins at 6.30 pm on Thursday, February 17, at the Hyatt Regency in downtown Toronto.

Attendance is free, but organizers are asking attendees to RSVP

Or learn more about the Envision Colloquium