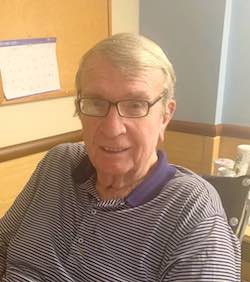 Malachuk was a well-known figure in the printing industry for over 40 years, especially in the folding carton segment. He was the president of Royal Zenith, a Great Neck, Long Island-based distributor of sheetfed offset presses, when it was acquired in 1990 by the East German press manufacturer Polygraph Export-Import Co. Malachuk continued in that role for the new U.S. subsidiary which was renamed Planeta North America. He was instrumental in guiding the company while the parent was transitioning from the communist economy to a free market.

In 1992, Polygraph was purchased by Koenig & Bauer AG, a West German printing press manufacturer and the company name was changed to KBA North America Inc., and relocated to Williston, Vermont.

Malachuk remained as president and CEO until his retirement in 2002.