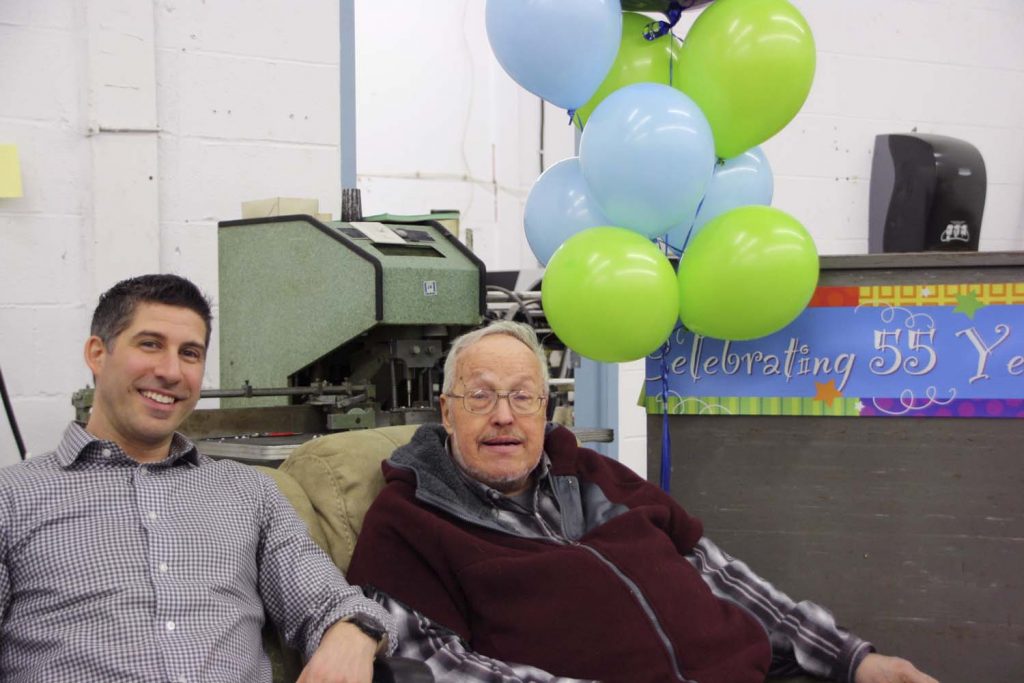 Cameron Struthers, owner of Allen Print, and Bill Organ during a surprise celebration attended by suppliers, clients, staff and family.

Allen Print Limited of Dartmouth, Nova Scotia, celebrated the career of Bill Organ, who has been with the commercial printing company for 55 years.

Describing Organ’s influence on Allen Print, the company explains: “Bill’s expertise and loyalty helped Allen Print grow to be one of the premier print companies in Atlantic Canada. Bill’s dedication and knowledge of the print industry has been invaluable to the success of the business.”

Established in 1944, and owned by the Struthers family since 1970, Allen Print is now in its second family generation. Current owner, Cameron Struthers, began working in the family business when he was 15 years old and continues to build on his father George’s vision for the company and its community.