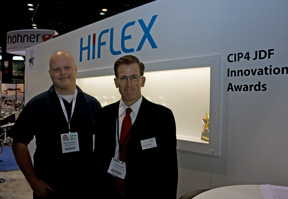 Key results from Ampersand’s current win include a 34-minute, average time reduction in “first-signature preparation”– to 16 minutes from 50 minutes. The company also reduced its “following signatures” prep from 30 minutes to eight, while it also cut an average of 400 sheets of waste per reprint signature.

The full list of winners, as decided by a panel of five international judges, includes:

Most innovative use of process automation technology in an implementation
Shinkosha Printing Company of Tokyo, Japan