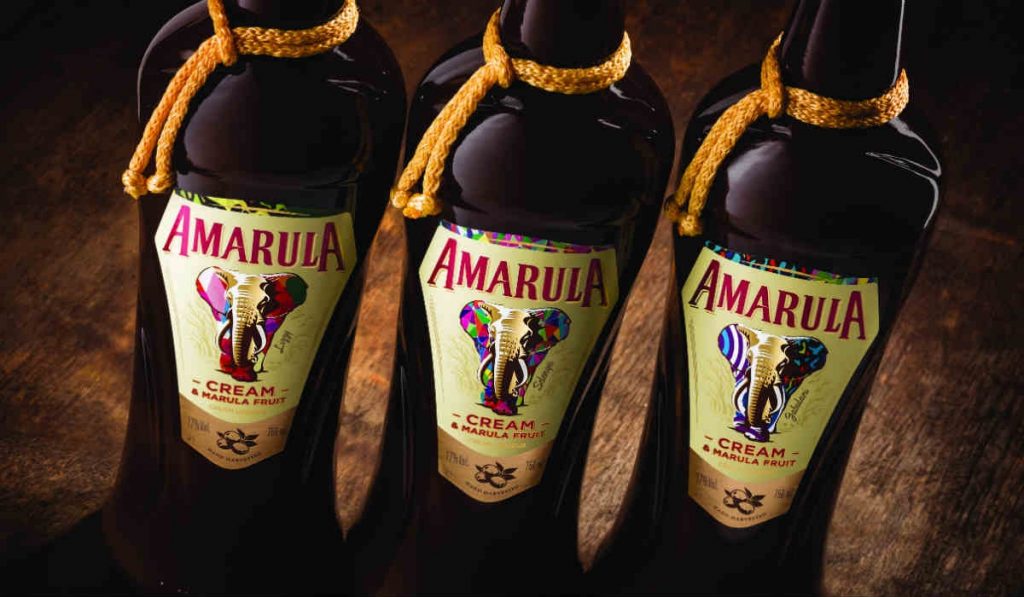 Amarula is made with sugar, cream and the fruit of the African marula tree, the latter of which is enjoyed by elephants. This association creates an important tie between the distiller and the some 400,000 African elephants remaining alive in the wild, which is why Amarula is creating the same number of unique bottle labels.

“Individualizing Amarula bottles is a powerful way to reinforce the message that every elephant is an individual with a unique personality,” said Saramien Dekker, Global Marketing Manager for Amarula. “We have always had a special bond with these magnificent creatures. This campaign is about creating a connection between humans and elephants, and becoming actively involved in raising awareness and saving our elephants.”

In the first stage of the elephant conservation campaign, people could go to the Amarula Website to design, name and share a virtual African elephant, as a way to increase awareness of the danger facing these animals from ivory poachers, explains the company. Each of the bottle labels features an elephant with a completely unique graphic design together with its name. The number of bottles corresponds to the latest census estimation of African elephants remaining alive in the wild. The cream liqueur is produced from the fruit of the African marula tree, explains Amarula, which only grows on the sub-equatorial plains of Africa. The fruit is uncultivated, organic and consumed by elephants.

The production of the one-of-a-kind labels was made with HP SmartStream Mosaic, using two seed patterns in a variable design software algorithm, and the Indigo WS6800 press. In less than a week, HP explains SA Litho completed the printing of the 400,000 labels, produced on a metallic substrate using HP Indigo ElectroInk CMYK and white.

“HP SmartStream Mosaic is yet another way we add value through innovation. We brought this technology to South Africa in early 2015, and employed a brand and communications manager the same year to drive Mosaic and digital printing in Africa,” said Leon Witbooi, Managing Director, CTP Packaging Western Cape. “Months were spent researching strong, proudly South African brands that could use our technology in a way that would add value to the marketplace. This approach was strongly supported by HP Indigo and local supply partner, Kemtek.”