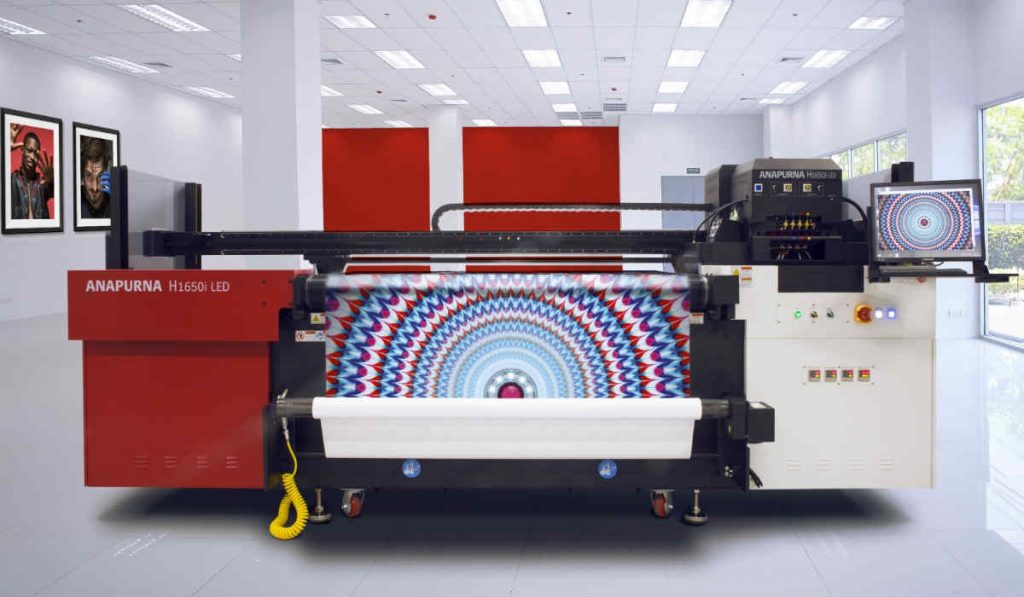 At C!Print 2018 in Lyon, France, running from February 6 to 8, Agfa Graphics introduced its new Anapurna H1650i LED inkjet printing system. The 1.65-metre-wide hybrid printer, according to the company, is designed as an accessible and cost-effective LED production system.

Agfa explains the Anapurna H1650i LED is a smaller version of its Anapurna H2050i LED printer, while sharing some of the same features. Like other systems in the Anapurna series, the H1650i LED prints on rigid and flexible media by means of LED curing, and includes Agfa’s thin-ink-layer and white-ink technologies.