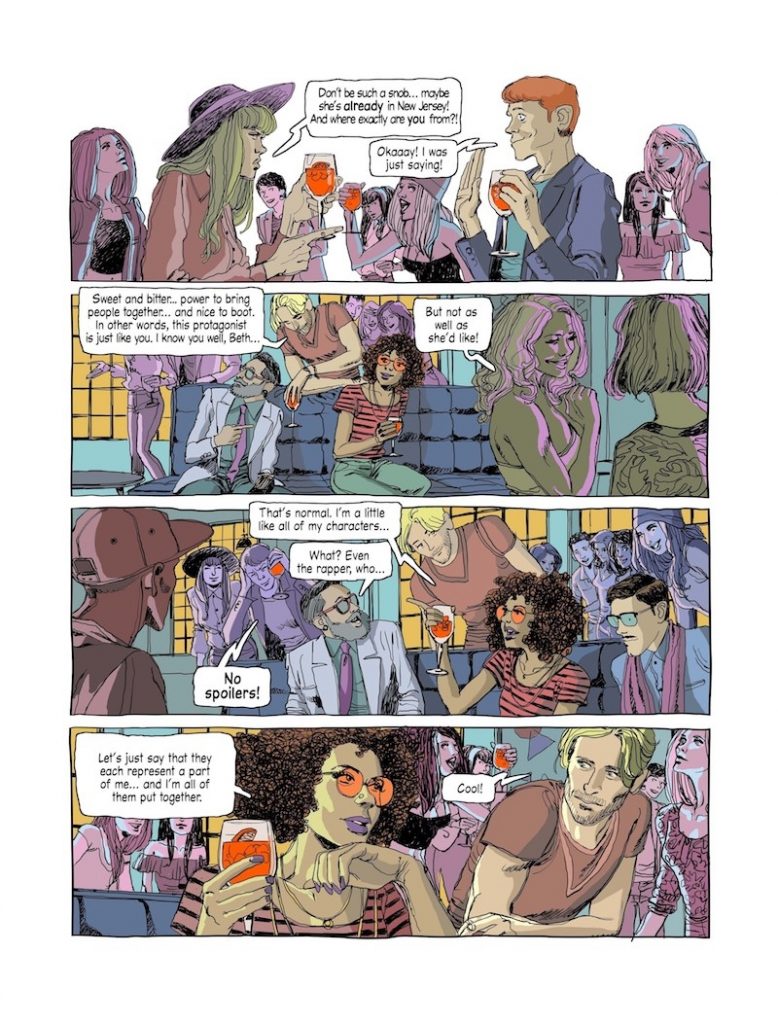 An excerpt from Orange chronicles, Sergio Gerasi and Tito Faraci’s collaborative graphic novel created in celebration of the brand’s centenary.

Aperol – an Italian bittersweet aperitif – recently announced the celebration of its centenary at a press conference in Padova, Italy, the birthplace of the brand. Launched in 1919 at the Padua International Fair, the bright orange beverage was created by brothers Luigi and Silvio Barbieri, who coined the brand name with inspiration from the French term for aperitif, Apéro. Made with citrus oil infused with herbs and roots, the original recipe remains unchanged to this day.

To mark the 100-year milestone, Aperol is commencing a series of celebrations internationally throughout the year, using the universal languages of art, music and print to bring people together.

The brand is set to introduce unique limited-edition bottle labels, with single variations on the 1990 design by Italian artist Lorenzo Mattotti, which shows a dancing couple holding an Aperol bottle and two glasses. 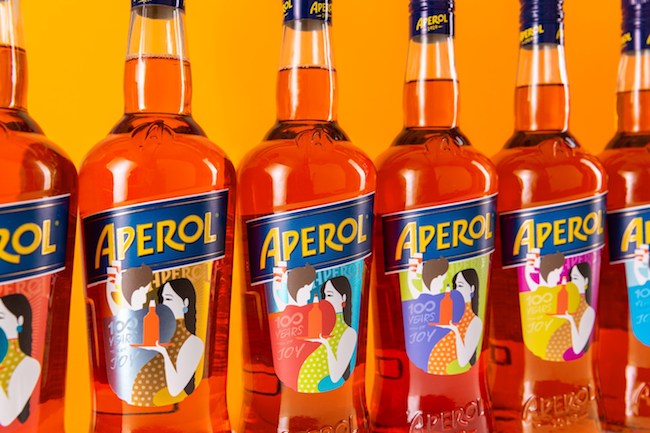 Aperol is also collaborating with renowned comic book author Tito Faraci, illustrator Sergio Gerasi and Italian publishing house Gribaudo to create a bespoke illustrated book which aims to tell the story of Aperol in a contemporary way. The graphic novel, the brand explains, is comprised of seven comic-strip style stories set in different decades and parts of the world, from Padova to New York, where the artists have “created a mosaic of tales, from comedy to suspense with a touch of romance, with orange as leitmotiv to capture the magic of human connections over the course of 100 years.” The graphic novel, titled Orange chronicles, will be available for purchase starting in July at the Feltrinelli chain and independent libraries across Italy, online at Amazon, and through the Gribaudo website in Italian and English.

As well, throughout the summer, orange amphibious vehicles will tour Italy and other countries along the European Coast, such as Greece and Malta, via the Aperol Summer Tour. The vehicles, which sit half on land and half in the sea, will create spontaneous pop-up bars with DJ stations, providing consumers with a surprise aperitif on the beach.

Andrea Neri, Managing Director Italian Icons at Campari Group, notes, “Aperol is a brand that aims to bring people together from all over the world using its universal language. In such a special year, we are so pleased to be working on a global project of this scale that will echo in ears of Aperol fans and new consumers alike at the four corners of the globe. As a real Italian icon, Aperol is successfully spreading its philosophy and way of life across borders.”