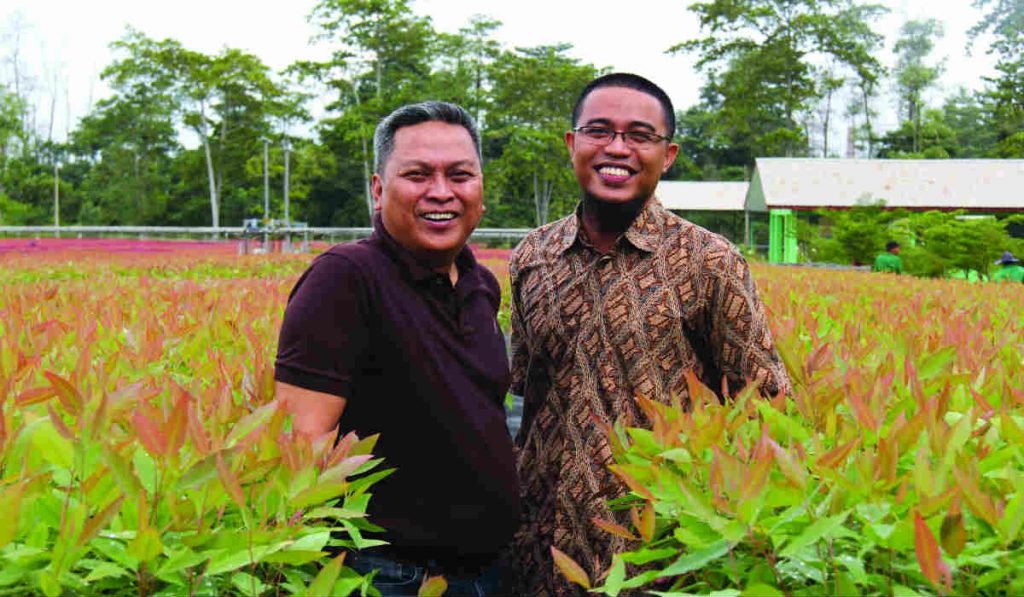 Asia Pulp & Paper in February 2018 reached the five-year anniversary of its seminal Forest Conservation Policy, which set into motion a series of massive and aggressive initiatives to transform one of the world’s largest integrated pulp and paper corporations. Its decision to place sustainability at the heart of its operations was actually formalized a year earlier in its Sustainability Roadmap Vision 2020, when Asia Pulp & Paper (APP) committed to zero deforestation. This commitment was then formalized in the Forest Conservation Policy (FCP) based on APP developing a plantation-driven business model and putting an immediate end to sourcing pulpwood materials from suppliers involved with natural forest clearance.

Today, all 38 of its external wood suppliers are evaluated for FCP compliance and the company explains, that outside of two minor breaches that were quickly resolved, it has maintained its FCP commitments. “Five years ago we turned our company around and it has been a good story of change,” says Ian Lifshitz, VP of Sustainability & Stakeholder Relations, Americas, APP. “We have really seen a shift in our organization in the way we approach the community, forest conservation and zero deforestation. The key thing is five years later the FCP is holding. We have not broken our policy. We continue to maintain and evolve.”

FCP commitments are rigorously reviewed every six months at an APP-hosted forum with environmental stakeholders like Greenpeace, which years earlier targeted APP’s practices through highly public campaigns. Greenpeace and similar NGO stakeholders, as well as government agencies, engaged in the FCP process are now commending APP for its progress and work on the ground, which has since moved well beyond forestry protection into a holistic approach to help develop prosperity for Indonesia.

Opportunities of the forest
According to 2017 numbers provided by the Indonesian Ministry of Environment and Forestry, 27.8 million Indonesians live in poverty and 36.7 percent, or 10.2 million people in the country, are below the poverty line in rural areas where forestry and/or agriculture are the main source of economic livelihood. Indonesia’s forest area comprises 126.1 million hectares, equivalent to 66.9 percent of the country’s total landmass. Some 1.3 million jobs – directly and indirectly – are created by the pulp and paper industry.

“It is important for us to put our industry in the context of the most critical issue facing Indonesia today, which is poverty,” says Veronika Renyaan, Sustainability and Stakeholder Engagement, APP Indonesia. She explains APP now invests more than $13 million annually in community development programs, including the company’s unique Integrated Forestry and Farming System introduced in 2015 with its own investment budget of $10 million until 2020.

Under Indonesian regulations every forest concession holder must set aside 20 percent of the land for community use and 10 percent for conservation. APP is currently operating beyond these marks providing 22 percent of its concessions for community use and 21 percent for conservation, with the remaining 57 percent being used as plantation forest. The Integrated Forestry and Farming System (IFFS) is a key driver of these percentages in APP’s effort to support the economic development of 500 villages in landscapes surrounding its concessions.

“There are 180 villages within our concessions, but we also map out villages outside of our concession areas to a radius of 10 kilometres,” says Neglasari Martini, Head of Sustainability and Stakeholder Engagement, APP, noting this accounts for 799 villages, which may hold anywhere from around 100 people to larger size communities of more than 1,000.

Martini explains the 500 chosen villages are based first on the approximate 200 touching APP’s concessions and the other 300 are based on social mapping, in terms of location, land conflicts and potential threats to APP’s forest concessions, which constantly face illegal logging and the potential for third-party fires being started in, or crossing over into, its concessions.

“Fire is a very complex issue in Indonesia… often it is because of land disputes. People may want to claim land so they burn it and then plant palm oil. It is very complex to pinpoint,” explains Martini. APP has invested more than $103 million since 2015 on forest fire management. It began working with British Columbia’s TREK Wildland Services and Working on Fire from South Africa to help train its fire teams, build fire towers and to establish better hotspot detection for real-time monitoring, understanding this is a critical issue for APP’s efforts to work with communities.

Before the IFFS program begins within a community, a business plan must be put together to understand how the land will be used, which typically involves planting vegetables or fruit, managing cows, or developing more schooling or housing. The program also requires the establishment of a village institution to manage the money within a cooperative model.

“It is like micro-financing and they need an evolving fund, so some of their profit returns to the institutions for the other villagers to use the money,” says Martini.
This approach not only improves farming yields and the development of more skills and services for the village as a whole, it also provides forest protection and conservation. A facilitator is based in the village to help implement the program.

“The HR manager [from APP’s Indah Kiat Perawang mill] runs a farming community program,” says Lifshitz, “so there is crossover from employees at the mill who actually work on the program, directly impacting them.”

Perawang pulp and paper
The Indah Kiat Perawang mill is enormous covering a square footage area of more than 2,400 hectares, holding nine paper machines, four pulp lines and six large-size tissue lines in addition to smaller machines. When last checked, more than 40 kilometres of pipe – often of large diametre – is used to feed and relieve the mill’s operations. One of the mill’s current capital investment projects focuses on updating its power cycle, which has an install capacity of 1,000 megawatts.

The project will also help power local communities, which is an existing APP initiative. “Sometimes the government power supply is not enough and we always have spare capacity that we can sell,” says Sufianto Alfian, Head of BU Commodity Division at Indah Kiat Pulp & Paper Perawang. “But we are not making profit from it, rather creating a good relationship with the community.”

The Perawang mill has a pulp capacity of around 8,000 metric tonnes per day, about 50 percent of which is used for paper production, with its own output of 3,000 to 4,000 metric tonnes per day. This equates to anywhere from 100,000 to 120,000 metric tonnes of paper produced per month. The mill’s Paper Machine 3 (PM3), as an example, has a target running speed of 1,350 metres per minute and an average uptime operating efficiency of between 85 and 90 percent. PM3 typically runs 24/7 for about 40 days before shutting down for a day of maintenance. It takes about one hour for PM3 to produce what the team refers to as a jumbo roll – 50 tonnes – and around 1,200 tonnes per day.

Hinting at the scale of Perawang’s vertical integration, which includes a new Bielomatik-driven converting plant, its pulp production is fueled by around 50 percent of APP’s wood supply (creating black liquor), with the other half converted into usable fibre. Alfian explains, “The integration is quite extensive here, from the seedlings that turn into fibre production and even the final products going to customers – all of it from seeds.”

APP started its forestry research program at Perawang in 1990, which was then replicated in Jambi province in 1995, followed by three other regional research centres in 2005. The company develops Eucalyptus and Acacia for its commercial plantations. “We need to find the best quality of wood to fulfill the needs of our mill,” says Yodim Kusuma, who leads Seed Development, in the Perawang mill’s research facility.

The company’s research facilities face more pressure since the beginning of FCP and its zero deforestation pillar, as APP must focus more on growth and yield assessments to determine if there will be enough wood supply for its mills. Its first projections done in 2013, to the year 2020, identified a small gap in 2019, but it will be easily overcome with improvements in yield and other operational efficiencies. Updated projections in 2015, looking toward 2025, also indicate there will be enough wood supply in APP’s plantation model.

Previously, APP harvested its trees in eight-year cycles at the high end, but the work of the research team allows for harvesting more often after just five years. “Only after five years will the eucalyptus properties meet the criteria of the mill, because they have wood density, the hardness of the wood, and also cellulose content and lignin content criteria,” explains Kusuma. “After two years, the wood is not hard enough so the wood consumption is still low. But after five to eight years, it will be too hard and it will be difficult for the wood-chipping process.”

Using a spacing of three by two metres, Kusuma explains the company can grow 1,666 trees per hectare, which creates an ultimate yield target of 225 cubic metres per hectare. The operation is currently hitting 150 cubic metres per hectare, with a survival rate of between 70 and 80 percent. Perawang’s research team continues to work with Eucalyptus hybrid clones – without DNA manipulation as regulated by the government – to develop what it describes as plus trees.

“When we find a plus tree, we will multiple it on a large scale,” says Kusuma. “For Eucalyptus, we can produce by cutting, but for Acacia we use seeds because we have not optimized our cutting production for Acacia.” The Eucalyptus clones are created from cuttings after about three months of various quality control and fertilization stages in the lab. They are then placed in the nursery and ultimately back into the plantation to restart tree growth for the future.