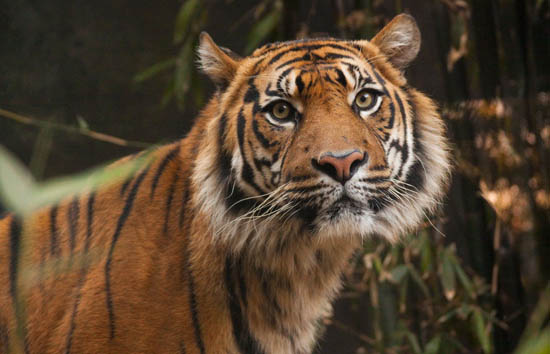 Asia Pulp and Paper in Jakarta yesterday announced a new initiative to restore and conserve one million hectares (approximately 2,471,053 acres) of forest across Indonesia, primarily within the Bukit Tigapuluh ecosystem, home to the endangered Sumatran Tiger.

APP describes its commitment as being approximately equivalent to the total area of plantation from which the company sourced pulp fibre in 2013. The APP group of companies is one of the world’s largest integrated pulp and paper entities, with an annual combined pulp, paper, and converting products capacity of over 18 million tons.

Developed with input from a number of stakeholders, including WWF, Greenpeace and various Indonesian NGOs, APP points out its new commitment will protect some of the world’s most valuable forests, as well as a range of endangered species like tigers, orangutans and elephants in the Bukit Tigapuluh ecosystem. The Bukit Tigapuluh National Park, refered to as The Thirty Hills, is a 143,223-hectare system in Eastern Sumatra well known as a centrepiece in the protection of the Sumatran Tiger.

APP’s new protection announcement comes just over a year after the company launched its Forest Conservation Policy (FCP), which included what the company describes as an immediate and permanent cessation of natural forest clearance across its supply chain.

“After over a year of implementing our FCP, it has become clear that the key to success of any efforts to halt deforestation in Indonesia is a landscape level approach to forest restoration and conservation,” stated Aida Greenbury, APP’s Managing Director of Sustainability. “Land cannot be conserved or restored in isolation, the sustainability of the entire landscape must be taken into account and many stakeholders must be involved.”

As a first step, APP will work with an NGO coalition to preserve the natural forest in The Thirty Hills area of Jambi, Sumatra. According to the company, this will include increased protection of the corridor road from illegal activities, work on protecting the threatened elephant herd in the Tebo Multi Agro concession, and assessment of the viability of creating an animal corridor in the WKS concession, which would connect important forest habitat blocks.

APP is currently in consultation with WWF and other stakeholders, to develop plans for identified priority landscapes in which APP and its suppliers have commercial forestry-based operations, which will then be implemented by the company in close collaboration with other relevant players in the landscape, while observing the principles of Free, Prior and Informed Consent (FPIC).

APP provided the following details of its commitment plan by specific area:

Muba Berbak Sembilang, Jambi and South Sumatra
Protect the existing natural forest and assess the possibility of expanding the current protected forest, i.e. by restoring key areas to natural ecosystems and focusing on the protection of Sumatran Tiger and other key species. Additional support will be provided to the national parks.

Kubu Raya, West Kalimantan
Maintain the integrity of orangutan habitat and also assess the possibility of expanding the existing mangrove forest to support the conservation of swamp crocodiles.