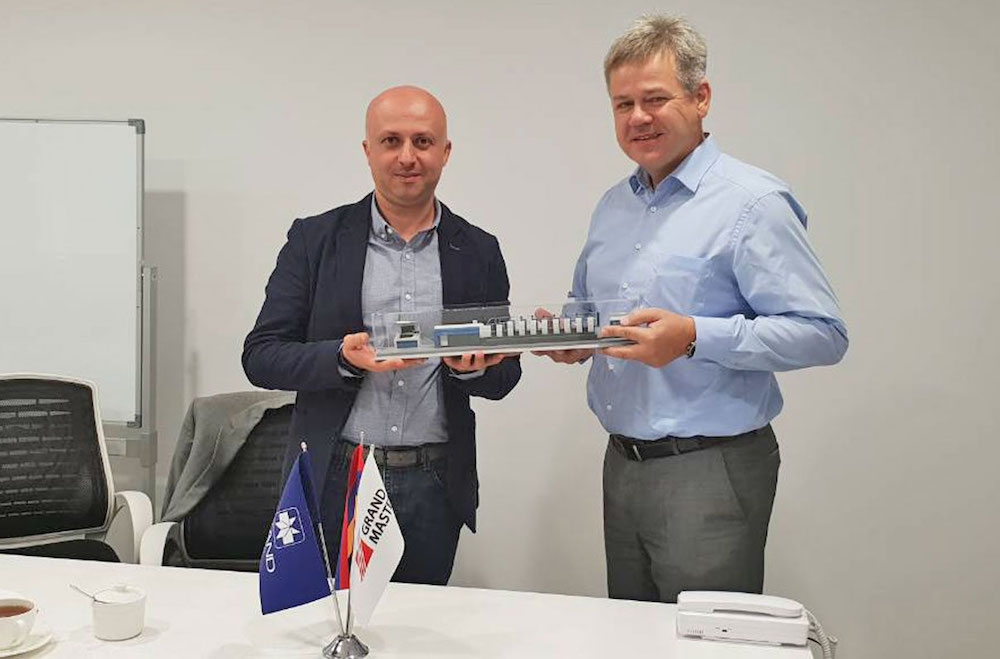 Printing company Grand Master in Masis, Armenia, has modernized its entire machinery base since 2010. Four Rapida 106 presses are already in use at the company, and a fifth is set to join them in May. Production start-up is scheduled for early summer. At that point, the print centre will have been switched fully to sheetfed offset presses from Koenig & Bauer.

Since 2006, Grand Master has belonged to Grand Holding, the largest employer and taxpayer in Armenia with a workforce of 9,500 employees. The print company Grand Master also works with flexo and gravure presses. It produces packaging primarily for the tobacco industry and possesses modern equipment to handle the complete process from design and prototyping through to folding carton production. A total of 22,000 m2 of production space is available. Further investments are already planned for this year, for example in corrugated production capacities, and a factory for paper recycling is also in the pipeline.

With the exception of one six-colour press with coater and extended delivery, Grand Master has each time chosen an eight-colour configuration with inline coating facilities and fully automatic plate changing. It is thus the proud owner of 43 Rapida 106 printing and finishing units.

All five Rapida presses are equipped with board-handling accessories and stand on 450-mm raised foundations. The most commonly used substrate is 1-mm board. The presses run at speeds up to 18,000 sheets per hour. Its automation features include automatic non-stop pile changing at the feeder, non-stop roller racks in the delivery, FAPC plate changers and multi-function CleanTronic washing systems. Mention must also be made of the environment-friendly VariDryBlue dryers installed in the swan neck and the delivery extension. Quality assurance is handled with QualiTronic Professional, providing not only colour density control, but also sheet inspection. Together with the new press, Grand Master is implementing a new workflow based on LogoTronic Professional.