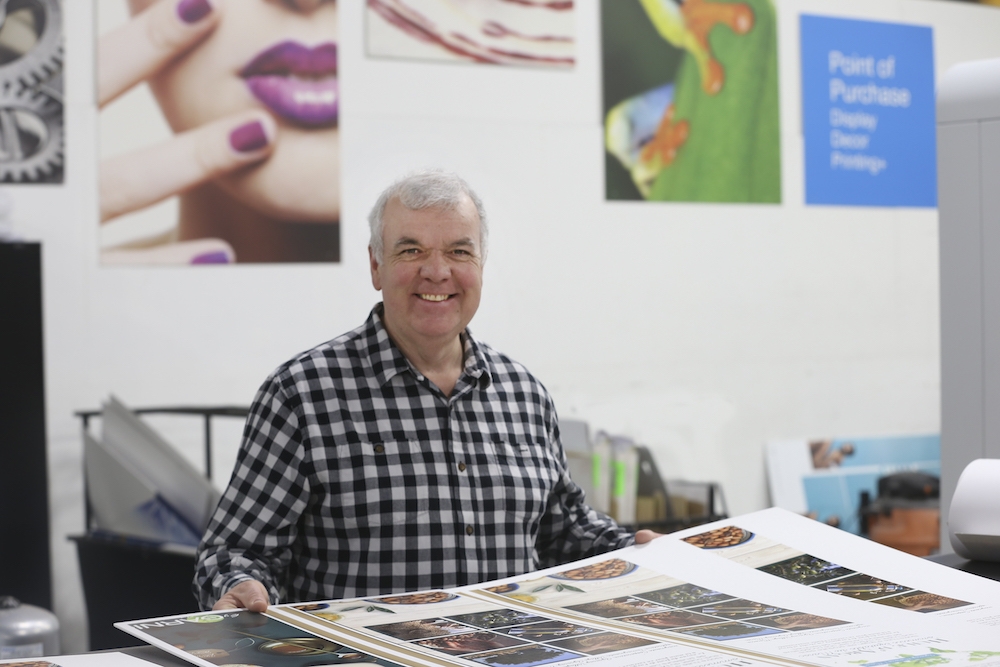 “We started in digital wide-format with the very first Inca Columbia Turbo in 2004,” Peter Balzer, CEO, Artisan Complete, says. “As our business grew we upgraded to two Onset S70s, and they have since been replaced with the two Onset X3s. Speed to market is the solution our clients are looking for; the X3s are fabulous machines, which enable us to meet our clients expectations.”

Artisan Screen Print was formed as a proprietorship in 1971 and has evolved to become a full service provider at the forefront of at-retail communications. Now spanning more than 300,000 square feet within four facilities, it employs more than 200 employees.

“The Onset X3s provide us the capability to print high quality photographic reproductions on non-flat surfaces, decorating directly onto these substrates, allowing for overall better flexibility, which we previously were not able to do,” adds Allen Lemieux, VP Product Development, Artisan Complete.

“It’s very efficient to run digital,” says Victor Jorge, VP Manufacturing, Artisan Complete. “We are at near-litho quality with the X3s, they are workhorses, and with the R40i (QR40) we are able to output white and orange for specialty work. Clients expect faster turnarounds and higher quality, which is why we’ve made huge investments in digital, because that’s the client demand.”

“The three-quarter automation on the two X3s is the best scenario for Artisan,” says Jorge. “We now have speed and quality, and are regularly running well over 200 sheets an hour, with upwards of 1,000 bed passes being a normal run, with a variety of substrates.”