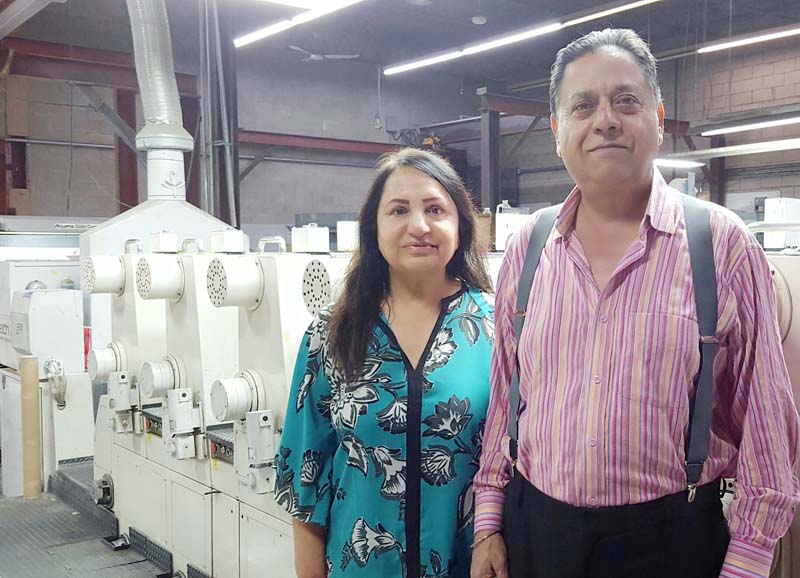 Atlantic Printers Inc. of Mississauga, Ont., has installed a 28-inch, 6-colour Akiyama Bestech press, including an inline AQ coater. The company, which was founded in 2002 based on the primary publication work, has also added a Stahl Pile feed, folder and Pro Cut cutter.

The printing company, which recently changed its name from Atlantic Web Printers to just Atlantic Printers, is now branching out to produce trade and commercial printing, including packaging. The family run business is led by Avtar and Malika Bedi

Atlantic Printers has also installed new equipment for the web press, including a Reema Stacker that runs at speeds of up to 40,000 impressions per hour to match the production of the Web Press, as well as a new Agfa chemistry-free processor.

The Akiyama Bestech press, points out Atlantic Printers, can run anything from 60-lb offset up to 28-pt board, giving it the ability to do commercial work like direct mail, publications and packaging.