Autumn Graphics Ltd. of London, Ontario, has opened a new operation in Fayetteville, Arkansas, called Autumn Graphics U.S. Inc., which is to be focused around Kodak’s Flexcel NX production technology. 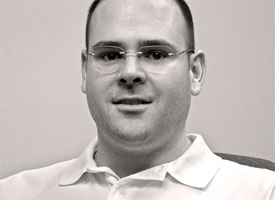 In 2008, Autumn Graphics installed its first Flexcel NX system in its primarily plant in London. The company then added a Flexcel NX Wide System in 2010, which was the first such technology installation in North America. This same type of system, specifically a Flexcel NX Wide-C Imager, is being installed into the Fayetteville plant.

As the latest platform in the product range, the Flexcel NX Wide-C Imager, according to Kodak, is designed specifically for users who want to run a large plate up to 42 x 60 inches. The system also includes new loading features and full support for the imaging of Flexcel NX Thermal Imaging Layer and Kodak DITR Film.

Kodak notes Autumn Graphics as one of its regular product beta partners for new product development. “The flexo technology from Kodak has been a real cornerstone of our operation,” stated Ben Abray, President of Autumn Graphics. He is the youngest son of Jerry Abray, who founded Autumn Graphics in 1982 with business partner Earl Schloendorf.

The Fayetteville production team is to be led by Autumn Graphics’ Operations Manager Joe Muller, who has been with the company for six years and heavily involved with its move into Flexcel NX technology. “We are excited about having Joe and his experience on our team,” stated Abray. “We look forward to growing our business out of Northwest Arkansas as we continue to evolve as an international supplier to the packaging market.”