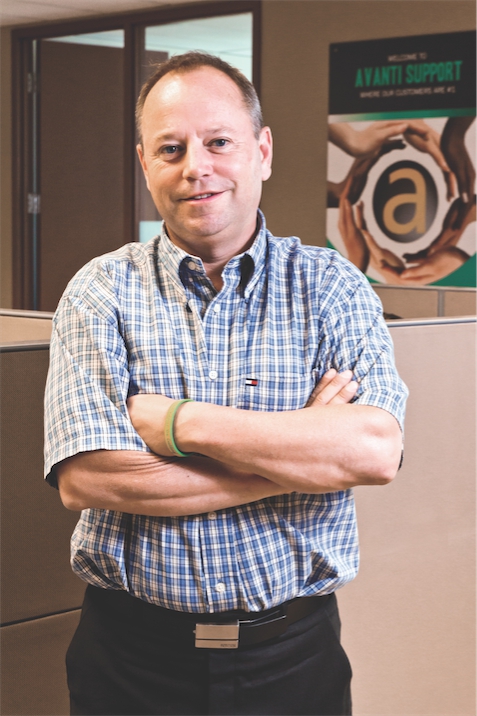 In January, Ricoh acquired Toronto-based Avanti Computer Systems, which has been a leading developer of Management Information Systems dedicated to the printing industry for more than three decades. The software company was founded in 1984 by MIT graduate Dr. Richard Wallin, after a friend described the difficulties of putting an accurate job estimate together. In 2004, Patrick Bolan and Stephen McWilliam took an ownership position in the company and began to develop a business model that would sustain consistent growth to place Avanti MIS as a North American ERP printing power.

In July 2013, Ricoh made an initial strategic investment in Avanti as the MIS developer was preparing to launch its new generation Avanti Slingshot solution, which was released in the fall of that year at Graph Expo. One of the most-advanced MIS products in today’s print market, Avanti’s new Slingshot platform was built around a completely new coding infrastructure and the MIS sector’s highest level of JDF certification for automation.

With the full acquisition by a world-imaging giant in Ricoh, Avanti now holds the potential to become a true global power by leveraging Avanti Slingshot as an MIS newly built for today’s multifaceted business of print. PrintAction spoke with Bolan just days after the Ricoh purchase for his take on what the future holds for one of Canada’s most dynamic software developers for printing.

What attracted Ricoh to acquire Avanti?
PB: I think Avanti Slingshot is a big attraction. We have the best MIS system in North America, if not the world. From Ricoh’s standpoint, it acquired has MarcomCentral, which they bought just fully about two years ago… So they have the Web-to-print piece and now they have the MIS piece. They already have the production workflow piece, which is their TotalFlow product, so they have a complete workflow for a printer. I think it is a brilliant strategy on their part.

Why is Slingshot an outstanding product?
PB: The biggest thing is that the market has changed. Most MIS systems, including our legacy product Avanti Classic, were written 20-plus years ago. Back then offset was the primary focus. There was no or very little digital. The market has changed to where most of our customers are working in multiple lines of business. They offer digital, offset, large-format print, mail, fulfillment, data-management and even Web services for their customers.

How critical is Avanti Slingshot’s high level of JDF certification?
PB: It opens a lot of doors. It is a key requirement for printers replacing an older MIS. They want connectivity. They want those islands of automation connected together and so absolutely it is definitely paying off.

What allows Avanti to keep pushing MIS?
PB: We have the experts on staff. You need an experienced team of product managers and implementation specialists, who are entrenched in MIS every day, to guide the product development process. We also have a strategic partners program of 10 or more customers who we bounce ideas off of.

How much business has Slingshot generated for Avanti?
PB: It drives a lot of the revenue for Avanti and, last year [ended August 31], we had a record year… We still have a really solid support base on Avanti Classic and continue to offer support and provide enhancements for Classic. We are up to around 100 Avanti Slingshot installs now.

How will Avanti operate following Ricoh’s acquisition?
PB: It’s really business as usual. There are no staff changes planned, so the great thing for customers is that they will still deal with the same people that they have grown to count on. I am staying. Stephen is staying, everyone is staying. I am sure that one of the reasons Ricoh acquired us is because of the subject-matter expertise of our team. Our team literally has hundreds of years of collective knowledge in MIS and it is impossible to replace.

How will this Avanti’s global position?
PB: This is one of the reasons we started discussions originally with Ricoh. They made it clear, from the initial investment three years ago, that they wanted our product to be a global product and that is exciting for us.