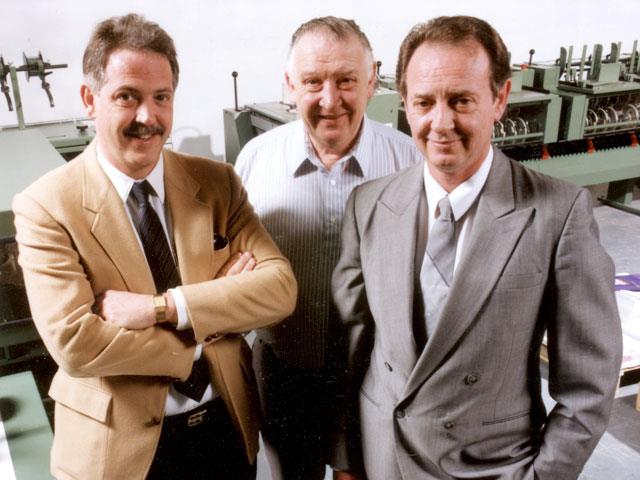 Paul Theoret, who helped build Battlefield Press in Burlington, Ont., passed away on March 2 at the age of 67. Battlefield has been one of Greater Toronto’s most dominant family-run printing businesses for decades, currently led by Theoret’s brother, Jerry, President and CEO.

Battlefield opened up in Stoney Creek, Ont., in 1964 and a decade later moved into a new facility to run its first four-colour printing press. In 1988, Battlefield moved to its present Burlington location and the company began to build a full-service print operation, including the early integration of prepress in 1991.

In 1993, Battlefield installed one of Canada’s first digital presses and a year later expanded with bindery equipment – again, being one of the first commercial printing companies in Greater Toronto to bring such services in-house.

In 1995, Battlefield expanded by approximately 40 percent to provide space for new presses and additional bindery equipment. In 1996, this culminated with three new Heidelberg presses: A 2-colour 29-inch press, a 6-colour 29-inch press, and an 8-colour 40-inch perfecting press, which ran at 12,000 sheets per hour.

The company continued to grow with the installation of new 40-inch Heidelberg presses and then in 2005 installed one of the Canadian industry’s largest sheetfed machines in a 12-colour Heidelberg Speedmaster SM102 perfecting press.

Battlefield, under the leadership of Paul and Jerry Theoret continued to invest in new technologies and innovative strategies, becoming one of the first Canadian printers to be Forest Stewarship Council and Metal FX certified.

Paul Theoret was also a member of the Knights of Columbus, Burlington Golf and Curling Club, Beverly Golf Club and the Canadian Pool Association. Condolences can be expressed through the following link.