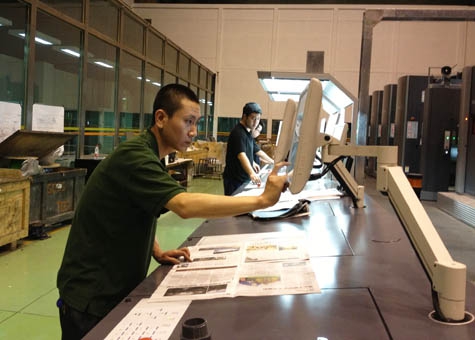 BDG’s main papers have a daily circulation of over 2.3 million with a distribution network that covers the entire country and some oversea areas. With the installation of the 32-page Goss M-800 press, however, BDG is intent on becoming a leading player in its regional commercial print market.

“The new press has already been called on to produce a wide range of products and formats,” stated Jia Fudong, Vice Director of Beijing Daily’s printing operation. “Demand for commercial products and heatset retail inserts continues to increase alongside quality expectations in our region.”

The double-circumference M-800 press utilizes design elements from other Goss presses, including Sunday models, such as multi-drive technology, bearer-less cylinders and a 12-roll inking and dampening system.