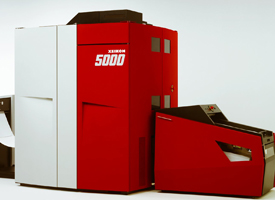 Bencis Capital Partners of Belgium has moved to purchase 65.68 percent share interest of Xeikon, owned by Punch Graphix also of Belgium. Punch Graphix has recommended its approval of the deal to shareholders.

The purchase price offered for the 18,856,298 shares held by Punch is approximately EUR110 million or $150 million in Canadian dollars.

According to the agreement, Bencis will pay a price of EUR 5.85 for each Xeikon share, which equates to a premium of 69 percent versus Xeikon’s closing price on 7 January 2013, or a 32 percent premium in relation to the average closing price of the Xeikon shares over the last six months.

The transaction, expected to complete by mid-September, will still need to meet approval of regulatory authorities in the country. If the transfer of shares is completed, Gimv, another European investment company, is to acquire a 20 percent interest stake in Xeikon.

Xeikon was founded in 1988 and broadened its presence in the printing industry in 2004 with the launch of the Xeikon 5000 and Xeikon 330 toner presses. The architecture of this product line remains core to the company with its subsequent introduction of more advanced models, toners and front-end software.