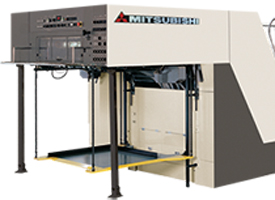 The company is adding a Mitsubishi 3000TP perfecting press, sold through New Jersey’s RM Machinery, to its existing 40-inch press line up.