Anna Magliocco-Chagnon, President and CEO of Bitstream Inc., signed an agreement to acquire substantianlly all assets of the struggling Israeli-based software developer Press-sense Ltd. for $6.5 million in cash and the assumption of liabilities. 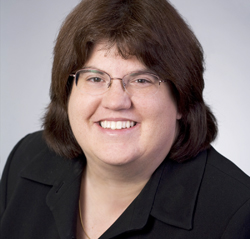 A privately held company, founded in 2001 and funded over the years by several venture capital firms, Press-sense, which primarily builds software to intergrate Web-to-print and MIS technologies, has been struggling to stay afloat over the past few months.

Press-sense’s flagship iWay is a significant OEM Web-to-print product for toner-based press manufacturers like Xerox (FreeFlow), Hewlett-Packard (SmartStream) and Océ (PRISMAweb). The company claims to have an install base of over 1,500 customers in North America, Europe and Asia Pacific.

According to a statement about the pending transaction, there is little overlap between the customer base of Bitstream, through its Pageflex product line, and Press-sense. Pageflex technology primarily deals with automating the creation, production and back-office processes for document orders.

“Our Pageflex product line leads the industry in tackling the frontend of the process – order taking and document production. Press-sense provides the most-extensive business management tools for the backend of the process… Through this asset acquisition, Bitstream becomes the only entity able to offer the full complement of solutions required by document producers,” stated Magliocco-Chagnon, in a press release.