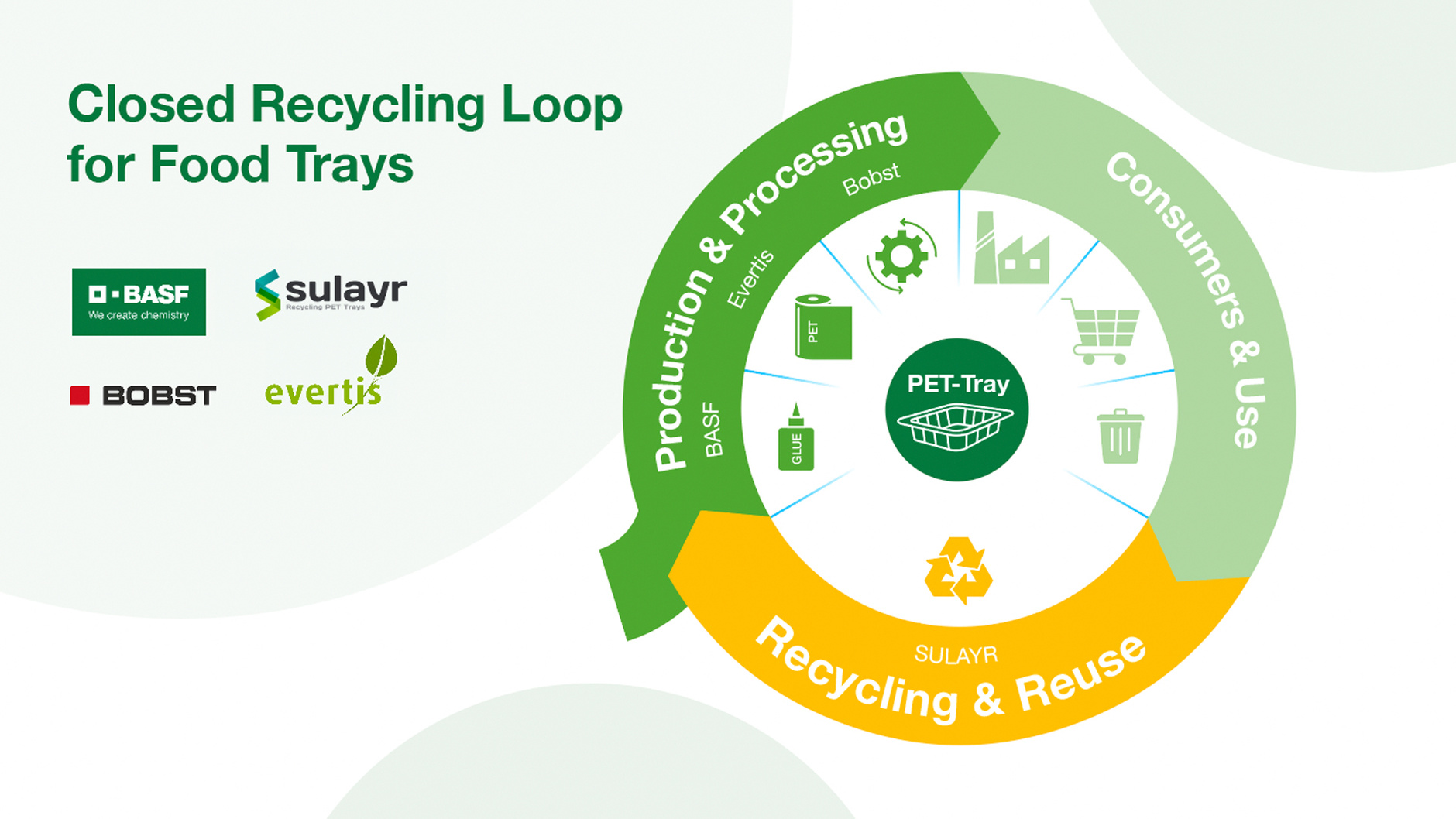 Multilayer packaging structures based on polyethylene terephthalate (PET) can have a bright and sustainable future. This is the message from a strategic partnership formed by four technology companies, whose closed-loop recycling model is sparking new discussions on the role of PET-based multilayer laminates in the packaging industry of the future.

Bobst, along with industrial adhesives specialist BASF and barrier film expert Evertis, is supporting European recycling company Sulayr in this endeavour. Together, the companies have formed a partnership to combine their expertise from across the packaging value chain. Their collaborative approach is key to the success of this innovative recycling process and its potential for adoption on a wider scale.

The European Green Deal requires all packaging to be reusable or recyclable by 2030, a target perceived as particularly challenging for multilayer packaging laminates, where layers must be separated before entering the recycling stream. However, that perception could be about to change. Sulayr has successfully commercialized a multilayer recycling process that achieves closed-loop status and enables PET to be reused, with virtually zero waste. While a circular economy practice for packaging materials with PET content already exist, the process can be improved to become more practical and effective, if the whole value chain works together to make separation of layers easier.

At the core of the process is a multilayer film produced by Evertis, comprising PET and polyethylene (PE) layers, which is laminated on a Bobst coating system with BASF Epotal water-based adhesive. Multilayer films are used for various packaging applications, such as thermo-formed food trays. After use, the waste is delivered to sorting facilities. Sulayr can use this waste as raw material in a closed-loop cycle. The company separates the layers and prepares the PET for re-use, which is then delivered to Evertis and other film producers who restart the cycle.

Seen as an important step toward universal recycling of PET, enabling its continued use in a Green Deal-compliant packaging economy, the process can apply to both post-consumer and post-industrial waste, meaning it has enormous potential to transform the entire PET-based packaging use model.

The four partners emphasize that collaboration, as well as cutting-edge technology, is key to the success of the process, and hope to change industry perceptions on a wider scale.