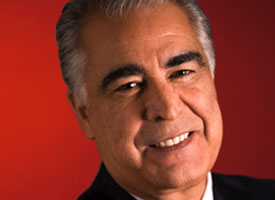 Eastman Kodak announced today that it has reached an agreement with Brother Industries with regard to the sale of specific assets of its Document Imaging business.

The proposed cash purchase would come in at around US$210 million, subject to certain price adjustments at closing. Under the agreement, Brother would also assume deferred service revenue liability of the business, which totaled approximately US$67 million as of December 31, 2012.

Consummation of the transaction with Brother is subject to court approval and a marketing period in which Kodak may seek to obtain a higher or better offer for the business, alone or in combination with other businesses, including through a court-approved auction. Under the terms of the agreement, Kodak will seek U.S. Bankruptcy Court approval of the bidding procedures at a hearing in late April and is targeting final court approval of a transaction in June.

“This proposed sale is another key step in Kodak’s path to emergence,” stated Antonio Perez, Chairman and CEO of Kodak. “It moves us closer to realizing our strategic vision for Kodak’s future.”

Shortly after entering its bankruptcy protection process in January 2012, Kodak announced plans to restructure around its Commercial Imaging business. The Rochester-based company is continuing a sales process for its Personalized Imaging business.