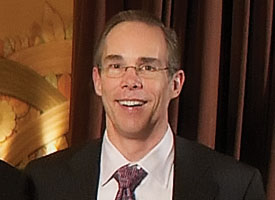 HP Canada has named veteran executive Lloyd Bryant to take over as Managing Director from Peter Galanis, a role Galanis has held for over three years. The role will be added to Bryant’s current responsibilities as the General Manager of the company’s Printing and Personal Systems (PPS) group.

Bryant previously led HP’s printing group before taking over PPS division when the unit was formed last year. He is also very involved with the company’s environmental programs and was named as part of the Clean 16, a program which honours outstanding contributors to sustainable development and clean capitalism in Canada, in both 2012 and 2013.

Galanis will be heading to a new position in HP’s Enterprise Group at the Americas level. Galanis took over for Paul Tsaparis in March 2010 after Tsaparis departed as President and CEO of HP Canada.