On a recent visit to Nunavut, the author learns of a unique printing technique 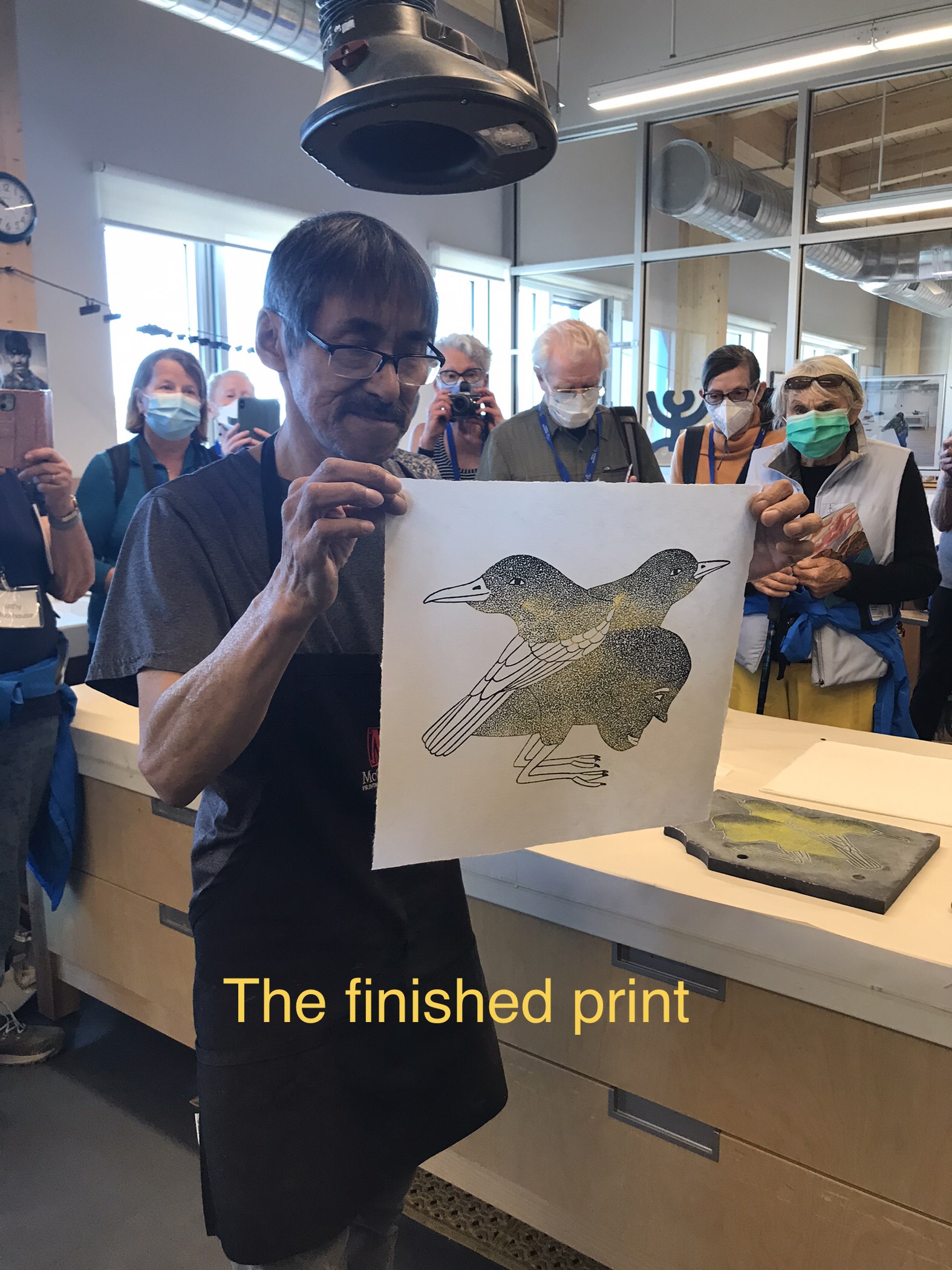 Lifelong learning is a necessary activity for all members of the printing industry to remain successful. I recently learned about a different printing technique that has been part of Canadian culture since the 1950’s. This summer, I had the honour of visiting the Kenojuak Cultural Centre and Print Shop in Kinngait, Nunavut, formerly known as Cape Dorset.

This technique creates an image for relief printing by hand cutting the stone surface. The stone is then inked by hand, with multiple colours at one time. The used art paper typically is 100 per cent cotton, acid-free, soft-sided, deckle edge, and well suited for these limited-edition art prints. The paper is then placed over the inked stone and paper is then burnished to transfer the ink to the paper.

This process is painstakingly continued to create 50 limited edition prints that match, in the judgement of the artist, plus five artist proof copies. The process may be modified from the days of inking wood block type and litho-stones, but it’s the core to a viable business model for the Inuit community in Nunavut.

Besides the use of technology, another interesting fact is the business model they employ. Most business models are based originally upon an entrepreneur who nurtures an idea into a business with hard work and personal sacrifice. The commercial art industry was started in the late 1950’s, thanks to the efforts of James Houston, who worked with the Inuit community to help them build their own business and create this industry.

The Inuit community has a culture that is based on helping one another out of necessity. When a hunter is successful, they would share the excess with other community members who were in need; nothing went to waste. That was for the benefit of the entire community. The current business model follows the same mode. The printing operation is part of the West Baffin Eskimo Co-operative Ltd. Over 25 per cent of the people in Kinngait earn primary income from the art co-operative, and the work includes prints, carvings, and artwork. The co-operative maintains a Toronto marketing division called Dorset Fine Arts that is responsible for interfacing with galleries, museums, and cultural professionals.

The co-op founders made important decisions early in their existence. One was to involve community members directly with the art creation and manufacturing process, which created economic benefits for the co-op members and their community. The other was to build a sustainable business model that required educational programming and training for co-op membership, management, and executive.

While the commercial print industry goes through phases of specialization and diversification, the successful model used here takes ownership of all processes for creative, content creation, production, marketing, and distribution. There is a lot we can learn from the Inuit business model.

Bob Dale is co-founder of Connecting for Results, the premier management consulting company focused on the graphics communications industry. He can be reached at info@connectingforresults.com.

An edited version of this article originally appeared in the September/October 2022 issue of PrintAction.