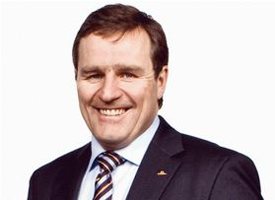 “The acquisition of Cascades’ Norampac paperboard assets enhances our position in North American folding cartons and enables us to extend our customer reach in Canada,” said David Scheible, Graphic Packaging’s Chairman, President and CEO. “The transaction is a continuation of our acquisition strategy to grow integrated folding carton converting volumes in key geographies and end-markets.”

The purchase, expected to close in the first quarter of 2015, affects five Canadian plants, which collectively employ approximately 670 workers, including:

East Angus, Québec, a mill that manufactures recycled coated boxboard for the production of folding cartons. Founded in 1910, it was purchased by Cascades in 1983;

Jonquière, Québec, a mill that manufactures three-ply coated boxboard from virgin or recycled fibre. Founded in 1963, it was acquired by Cascades in 1984;

Winnipeg, Manitoba, a plant that manufactures folding cartons. Founded in 1905, it was acquired by Cascades in 2001;

Mississauga, Ontario, a plant that manufactures high-end graphic packaging. Founded in 1986, it was purchased by Cascades in 1992: and

Cobourg, Ontario, a plant that manufactures high-end flexographic boxboard containers. It was built by Cascades in 1993.

“Today, Cascades is announcing an important decision that once again signals its commitment to refocusing its activities in the strategic sectors in which it excels,” said Mario Plourde, President and Chief Executive Officer of Cascades. “This transaction follows in the wake of a number of other actions taken during the course of the year, with a view to reducing our debt load and focusing our investments in certain core packaging sectors, as well as in the tissue paper and recovery sectors.”

Plourde continues to says that it is important to note this acquisition does not affect Cascades’ European boxboard operations.

“The investments made in past years in these boxboard manufacturing and converting units have led to an opportunity to create synergies with a player such as Graphic Packaging,” said Marc-André Dépin, President and Chief Executive Officer of Norampac. “By exiting this sector of activity in North America, Cascades and Norampac are turning a page in their history. We sincerely thank our employees for their loyal services, and we wish them all the best in the future.”

Founded in 1964, Cascades produces, converts and markets packaging and tissue products that are composed mainly of recycled fibres. The company employs close to 12 000 people, who work in a hundred production units in North America and Europe.