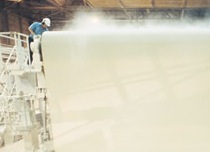 The Supreme Court of British Columbia has been petitioned by Catalyst Paper over recently set property tax rates in North Cowichan, Port Alberni and Campbell River; and potentially Powell River in another filing. These are the four municipalities holding Catalyst Paper’s four British Columbia-based paper mills.

In a press release about the action, Catalyst argues, under Section 262 of the Local Government Act, “that the tax rates are unreasonable and therefore beyond the municipalities’ jurisdiction. Catalyst has held long-standing discussions with each of these municipalities in an effort to address the issue of unreasonable tax rates imposed on major industry. The bylaws being challenged would perpetuate disparities that are unsustainable in light of extremely challenging economic conditions.”

Catalyst estimates that the new bylaws would result in a 2009 property tax cost of $19.3 million. That estimate excludes school, district and other provincial levies – “This is a modest reduction of about 10 per cent from the previous year’s payments of $21.7 million, and remains far higher than the cost of municipal services consumed – estimated at between $4 and $6 million in 2008.”

Commenting on the action, Richard Garneau, CEO of Catalyst, stated, “We’ve done all we can to impress on municipal governments that this is a shared problem and that the viability of the industrial economy in coastal BC is at stake. Excessive property taxes are diverting scarce capital that’s needed to support the long-term viability of our operations as we face one of the most difficult markets in decades.

“Legal action was not our first choice. But the current bylaws suggest that our appeals for tax equity have not been heard, and continuing to pay excessive tax bills with borrowed money is just not sustainable or prudent, especially in current credit markets.”

Based in Richmond, BC, Catalyst is the largest producer of specialty printing papers and newsprint in Western North America and also produces market kraft pulp. It claims to own Western Canada’s largest paper recycling facility. The company’s six mills have a combined annual production capacity of 2.5 million tonnes.