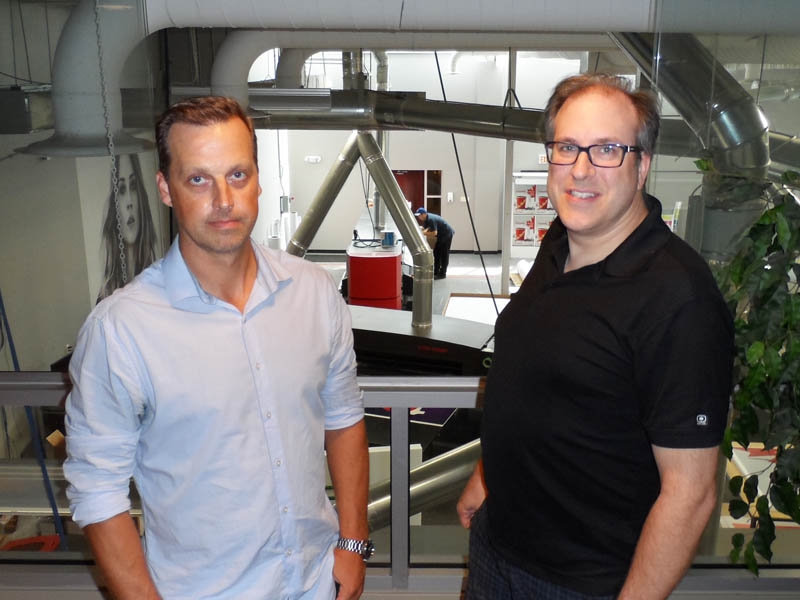 Housed in a 20,000-square-foot facility, the company’s 30 employees operate a number of EFI VUTEk inkjet systems, as well as providing full-service creative, prepress, fulfillment and shipping.

Category 5 explains it was using Adobe Creative Suite to prepare its projects, but found the software required repetitive tasks to create layout patterns for signage. Esko’s Automation Engine, among other features, is designed to help reduce the time requirements of operators by eliminating the repetitive task of placing one-up artwork onto print sheets. The new Esko software, installed in March 2016, also better integrates with the company’s Kongsberg cutting system.

“We really liked the versatility of Automation Engine,” said Dave LePoidevin, Prepress Technician, Category 5 Imaging. “It could customize the workflow in any way we wanted. Another workflow system we explored was more structured, basically telling us how to create our banners and signs. We wanted more flexibility when outputting artwork, and the freedom of deciding where we wanted to place registration dots for our Kongsberg table.”

LePoidevin explains Category 5 built a new workflow approach with Automation Engine, i-cut Layout, and its previously purchased i-cut Preflight. The prepress team began with a few easy workflows after the initial installation and then added more automated tasks for their specific needs.

“For everything we have presets for sizing, Automation Engine will automatically prepare a press ready file,” said LePoidevin. “We created presets for how many ‘up’, and stepped out the one-ups into that layout, with all the marks we need for the Kongsberg table. I like that the more junior people in our production department can start using Automation Engine almost immediately.”

Category 5 setups are now automated rather than manually done in Illustrator. LePoidevin explains the company previously loaded a folder with what seemed to be 50 million templates, whereas Automation Engine receives the job with the push of a button, allowing it to be applied in i-cut Layout. Category 5 continues to produce some work manually in i-cut Layout for specialized projects.

“Those jobs that we produce over and over – and we receive a lot of them – would take 15 to 20 minutes each to manually process,” said Greg Priede, General Manager at Category 5. “It also required an experienced person, most of the day. When Dave built his new job templates, we were able to significantly reduce that time to about a minute per job.

“We are also able to use a very capable, but inexperienced intern for those jobs. She is able to process the jobs nonstop, where it took our higher level prepress operator a half to three-quarters of a day to produce. It also used to take 30 to 45 minutes to create mural panels manually. Now we do it in less than half the time,” continued Priede. “We are able to keep the presses running with template-based work, giving us time to prepare the more complicated retail jobs we get.”