Headlines News
CBN Designs and Prints 2015 Banknote of the Year 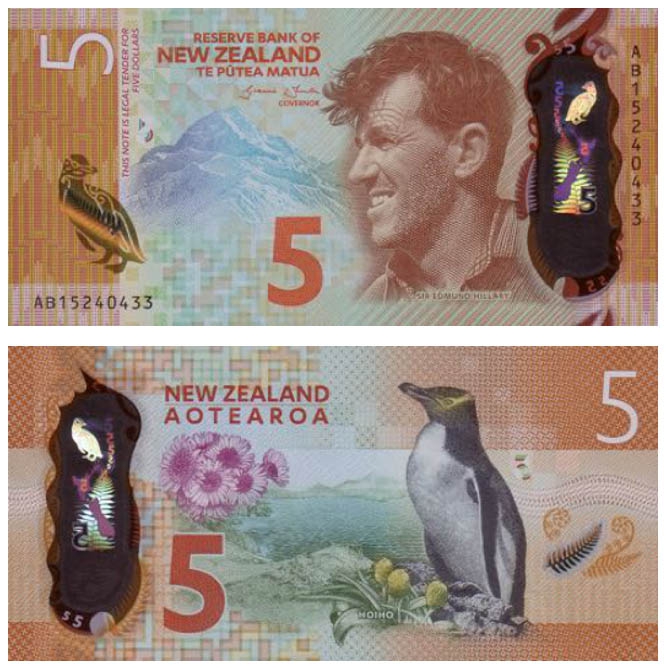 The Reserve Bank of New Zealand has won the International Bank Note Society’s 2015 Banknote of the Year Award based on the country’s recently introduced $5 polymer note designed and printed by Ottawa’s Canadian Bank Note Company (CBN). Polymer banknotes are increasingly popular because of durability and enhanced-security features.

The International Bank Note Society (IBNS) was founded in 1961 to operate as a non-profit educational organization to promote, stimulate and advance the study and knowledge of worldwide banknotes and paper currencies. The IBNS currently has over 2,000 members in more than 90 countries.

The 2015 Banknote of the Year Award was determined by its voting membership. Among 150 new banknotes released worldwide during 2015, members were able to consider around three dozen notes – from a record 20 countries – nominated for the award.

IBNS explains the Reserve Bank of New Zealand began releasing a new family of brighter money banknotes in 2015, beginning with $5 and $10 denominations: “Each stunning orange and brown $5 note displays a map of New Zealand in a gorgeous polymer window as well as numerous upgraded security features.”