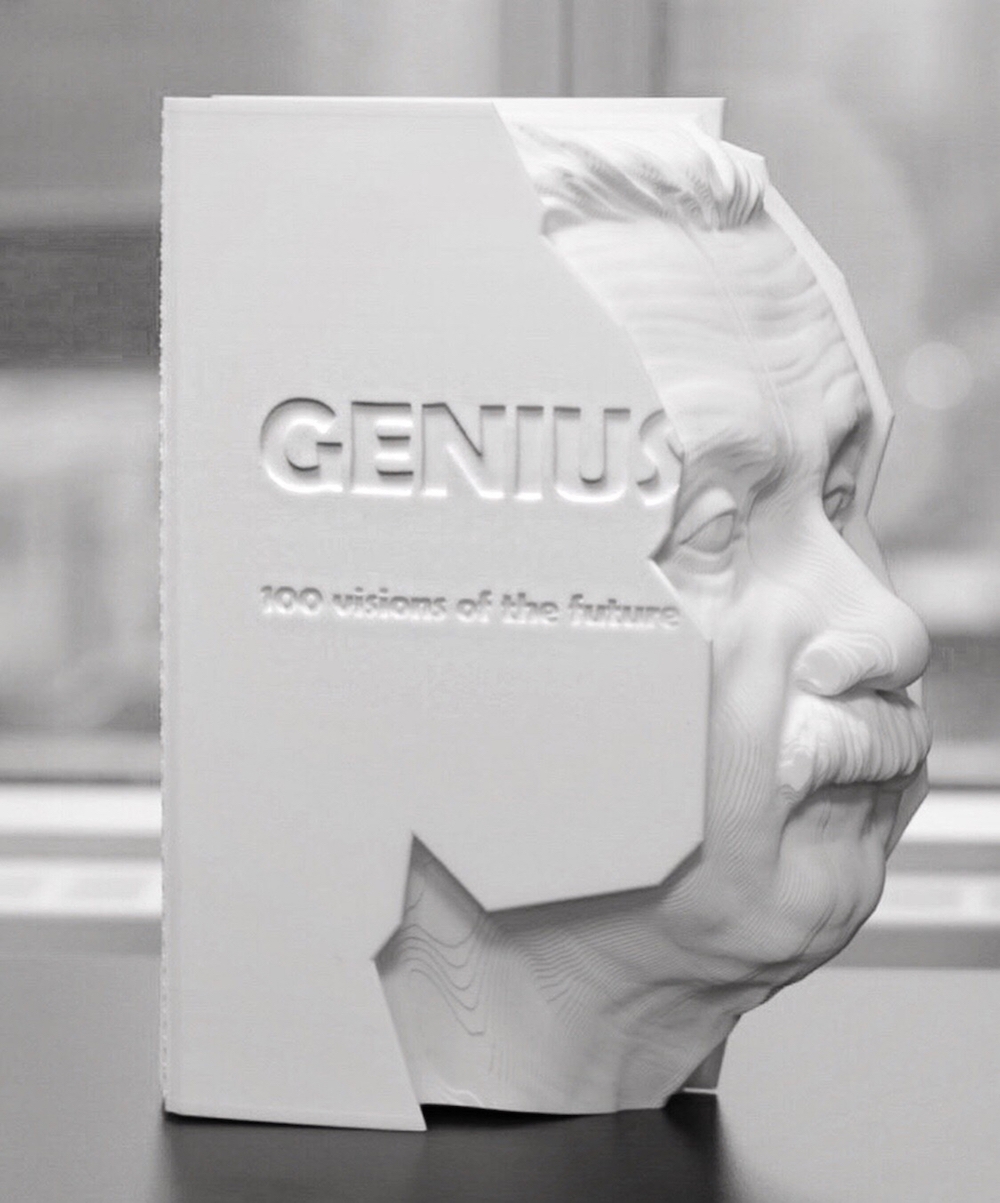 A community of pioneering humanitarians say they have printed the world’s first 3D-printed book.

To celebrate the 100th anniversary of Albert Einstein’s General Theory of Relativity, Genius 100, a global community of purpose-driven leaders focusing on solutions to major issues, embarked on a publishing milestone — collecting the visions of the 100 leading innovators, artists, scientists and influencers in the world’s first 3D-printed book — Genius: 100 Visions of the Future.

Genius: 100 Visions of the Future will be printed and bound layer-by-layer through the laser-printing process. The total production run of 300 books will be created one by one, with each copy taking more than seven days to complete. The initial prototype, unveiled in September 2017 in Montreal, Que., was printed in zero gravity at the International Space Station in collaboration with NASA, the Japanese Space Agency and the European Space Agency.

Visionaries will receive their own copy, with additional copies allocated to Genius 100 Founders.

“Spearheaded by Ron Arad and CFHU President and CEO Rami Kleinmann, The Genius 100 team set out to do what seemed like the impossible: Produce a book that pushed technological boundaries while sharing the wisdom of 100 diverse and dynamic thought-leaders from around the globe,” Julie Toskan Casale, Head of Business Development at Genius 100, said. “To see this project come to life through the first ever 3D-printed book is an incredibly proud moment for the Genius 100 community, an unprecedented initiative that truly speaks to our goal of inspiring creative minds across the globe.”

This article was originally published in the January/February 2019 issue of PrintAction, now available online.
Print this page