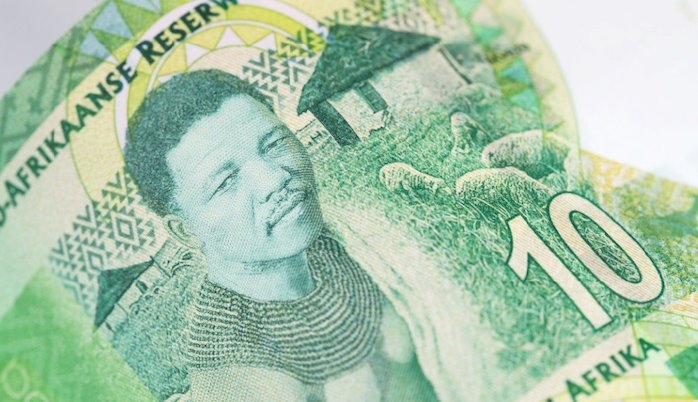 To mark what would have been Nelson Mandela’s 100th birthday, a new series of commemorative banknotes honouring the iconic leader has gone into circulation in South Africa.

This is the first time the South African Reserve Bank (SARB) has issued a commemorative banknote. De La Rue, a designer and commercial printer of banknotes, created the designs – a fitting partnership as De La Rue produced the ballot papers for South Africa’s first democratic election in 1994. De La Rue describes itself as the only fully integrated supplier of both paper and polymer banknotes, and creates security features to help protect banknotes against counterfeiting. De La Rue is also a commercial printer of passports, delivering national and international identity tokens and software solutions for governments in a world that is increasingly focused on the importance of a legal and secure identity for every individual.

Each denomination features a different scene and accompanying theme on its reverse, telling the story of Mandela’s life from a young boy to president. They are Mvezo (“Birth”), Soweto (“Life”), Howick (“Capture”), Robben Island (“Struggle”) and Union Buildings (“Destiny”).

Advertisement
Related: Canada unveiled its new $10 banknote featuring Viola Desmond in March, marking the first time a Canadian woman is portrayed on a regularly circulating Bank of Canada note “It was such an honour to create the artwork for this commemorative note celebrating such a respected global icon,” says Julian Payne, Creative Design Director at De La Rue. “Inspired by the life and legacy of Nelson Mandela we wanted to follow his journey through the five denominations. The designs tell a story of hope and reconciliation triumphing over division and persecution; the prisoner becoming president is a truly inspirational story. The images also celebrate the birth of a unified and democratic nation which is the ultimate legacy of Nelson Mandela and his contemporaries and a remarkable achievement.”

The commemorative notes will co-circulate with the current Mandela series banknotes until they no longer meet the circulation quality standards of the SARB. Once the SARB has issued all the banknotes of the Commemorative banknote production order, the SARB will return to issuing the current series Mandela banknotes.

“Nelson Mandela is a unifying figure, with whom all South Africans can identify, and the telling of his life through the banknotes will resonate throughout the country. We are proud to honour him in this way and would like to thank those involved in the project and for their part in supporting our centenary celebrations,” Pradeep Maharaj, Executive at South African Reserve Bank, says.