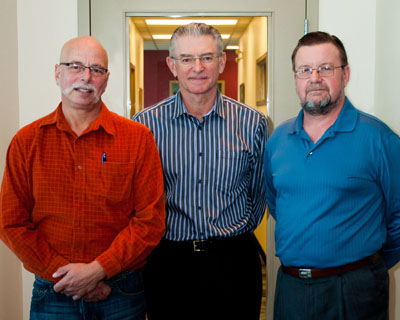 The new funding announcements came just days after one of the largest turnouts to celebrate the achievements of students in Ryerson’s Graphic Communications Management (GCM) program, who received close to $100,000 in scholarships and awards.

PAC, The Packaging Association, made a new donation of $25,000 to be distributed over five years in the form of 20 scholarships, beginning in GCM’s 2013/2014 academic year. The awards will go to students who successfully complete the first year of the program, with special emphasis on packaging curriculum. These students will also be members of PAC, which has been working closely with GCM for the past few years, particularly in relation to its RyePack student initiative.

CFTC then announced it would donate $17,500 in scholarships to the Canadian Printing Industries Scholarship Trust Fund, which directs a majority of its funding to GCM – Canada’s only 4-year degree program dedicated to graphic arts studies. The funding is to be put towards one perpetual CPISTF Scholarship and two CPISTF Adopt a Student scholarships.

“With the establishment of these scholarships, offered specifically to students with flexography in mind as their chosen career path, the industry is assured of obtaining many highly qualified future employees and potential customers,” stated Ron Schroder of the Canadian Flexographic Training Council, who also joins the CPISTF board of trustees.