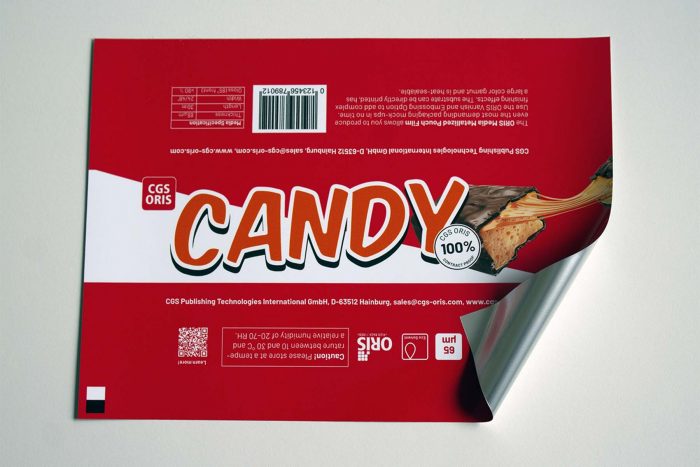 CGS Oris has added a new pouch film for solvent printers to its media portfolio. The pouch film has both a white side that can be printed on, and a metallized side that looks and feels like a typical aluminum composite film, often used in the food industry for pouches, snack bars or other similar products.

“With the market launch of what is now the fourth heat-sealable film, we have responded to the great demand from our users. Lightweight sachets and stand-up pouches made of composite films are increasingly replacing the traditional types of packaging on the market,” said Heiner Müller, sales director, packaging at CGS Oris.

“This is obviously also reflected in the increased demand for respective mock-ups. These pouch films are currently very much in trend and are in great demand. The films can all be printed quickly and easily and then converted into a perfect prototype. They are suitable for a variety of different packaging prototypes without having to resort to the original substrate,” Müller added.

The white-laminated side of the substrate enables fewer passes through a printer and significantly reduced ink coverage, because it eliminates the need for a base white layer to be printed. This also shortens drying time and makes the production process faster and more efficient.

All pouch films feature a large colour space, heat sealability and direct printability. The entire media range for solvent prnters has been specially developed to meet the high requirements for the production of proofs and prototypes in the packaging sector.