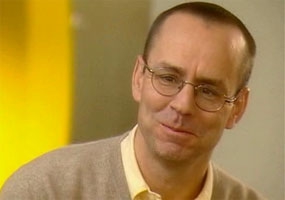 Cimpress entered into a definitive agreement to acquire Exagroup SAS, a Web-to-print business in Europe that focuses on serving French-language graphic arts professionals and printers. Exagroup was founded in 1999. Cimpress is the newly named holding company for Vistaprint, which now holds several European Web-to-print assets in addition to its well-known North American entity.

Under the terms of the agreement, Cimpress will acquire 70 percent of the shares of Exagroup for a purchase price of approximately €91.5 million with an option to acquire the remaining 30 percent of the shares in 2019 for a price between €39 million and €47 million, subject to the achievement of financial performance targets for calendar year 2017.

The acquisition, according to Cimpress, supports its strategy of building an operational platform for producing mass customizable products like signage, printing, apparel and promotional products. Cimpress produces more than 80 million unique products a year via its network of computer integrated manufacturing facilities. Exagroup provides an existing network of outsourcing partners.

Exagroup’s largest brand, Exaprint, follows a trade-printing model in that it serves graphic arts professionals and offline printers who, in turn, resell to end customers. Exagroup also goes to market via a network of almost 1,000 Web-to-store retail partners under the PrintyShop brand and via the Pure Impression brand.

“Over the past 15 years, Exagroup has earned the loyalty of local printers, copy shops and graphic arts professionals by delivering a wide array of innovative, creative and high-quality products via a simple-to-use extranet,” said Robert Keane, President and CEO of Cimpress, “Complemented by white-label marketing tools that enable resellers to fully control and own the relationship with the end customer.”

Keene continued to explain Cimpress plans to continue to invest in what he refers to as a reseller-focused value proposition – “to bring even more value to Exagroup resellers.”

Subject to satisfaction of various closing conditions, including antitrust clearance, Cimpress expects the transaction to close during its fourth fiscal quarter of 2015. Cimpress’ portfolio of brands includes Vistaprint, Albelli, Drukwerkdeal, Pixartprinting, among others.