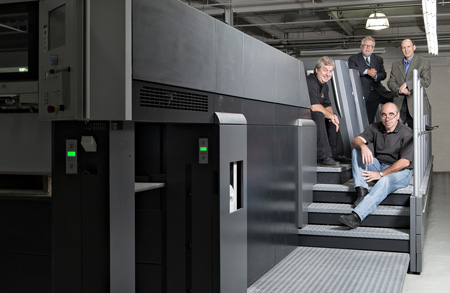 After announcing its purchase of a Heidelberg XL 105 in late May, C.J. Graphics Printers & Lithographers of Toronto has completed the press installation, which is the company’s second 6-colour XL 105 with coater.

C.J. Graphics states it is now the only printer in Eastern Canada with twin XL 105 presses. “Having not only one but two presses of this caliber will further enhance our productivity and overall capacity,” stated Dave Monette, Director of Manufacturing for C.J. Graphics, at the time of the press purchase announcement in May.

Jay Mandarino founded C.J. Graphics in 1981. Over the next three decades, he built the company’s brand to be recognized as one North America’s most awarded commercial printing operations. Mandarino purchased the company’s first XL 105 in the summer of 2009.