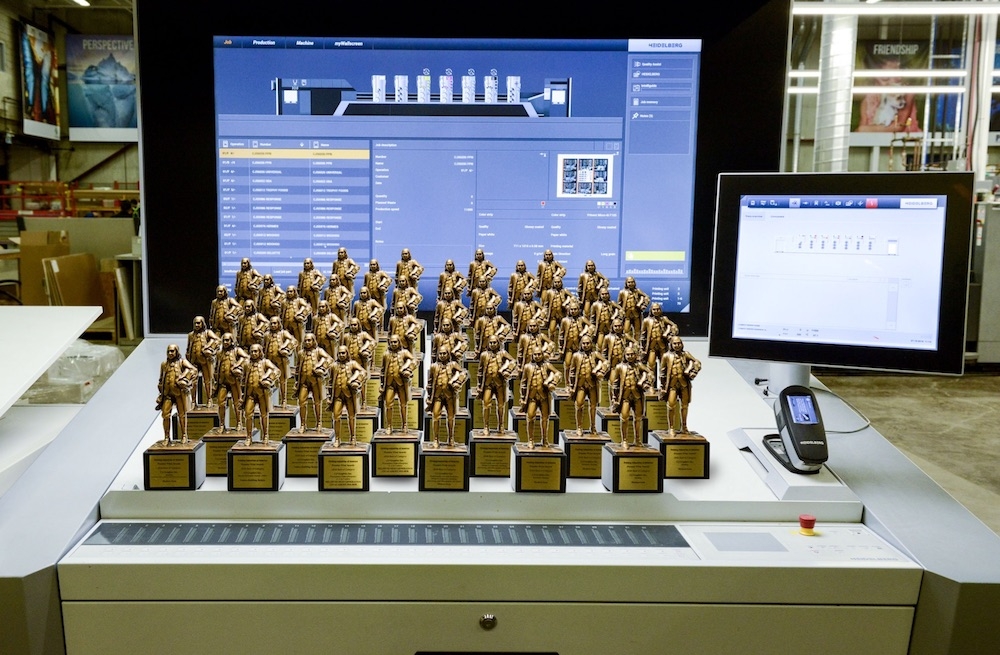 C.J. Graphics Inc. of Mississauga, Ont., was recently awarded 20 Bennys, the highest honour in the 2019 Premier Print Awards, making it the first time a Canadian company was awarded the most Bennys worldwide in the history of the awards program. The Mississauga printing company also received 42 Awards of Recognition and 83 Certificates of Merit.

The Premier Print Awards, the graphic arts industry’s largest international print competition, recognizes achievement in print production and is hosted by Printing Industries of America. In its 71st year, the annual contest recognizes those responsible for the creation and production of superior print communications.

This year, more than 2,240 entries were submitted from printing and graphic arts firms from around the world, and judges awarded the Benny to the top entry in each category.

“It’s an honour to be recognized by our industry as a company that produces award-winning print,” says Jay Mandarino, President and CEO of C.J. Graphics Inc.

With a total now of 66 Bennys, C.J. Graphics has won 6,500 awards to date through this and several other award contests and associations.

“The Benny winners represent the best our industry has to offer. This year’s entries were outstanding, with entries from companies representing 13 countries. Despite the fierce competition, C.J. Graphics Inc., through hard work and dedicated craftsmanship, produced 20 pieces worthy of the Benny,” says Michael Makin, President & CEO of Printing Industries of America.

C.J. Graphics Inc. will receive its Bennys at The Premier Print Award Reception and Presentation on October 2 in Chicago, Ill.