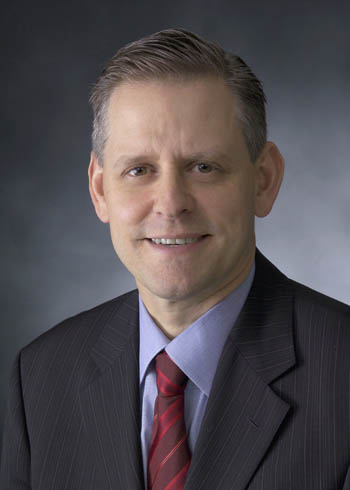 Jeffrey Clarke joins Eastman Kodak Company as its elected Chief Executive Officer and member of its Board of Directors. Most recently a Managing Partner in a private investment firm, Clarke brings a wealth of experience in managing the supply and capitalization of communications technologies.

“Jeff is the right person to lead Kodak forward. His combination of strengths and experience in technology, transformation, finance, operations, and international business is precisely what we set out to find in the next leader of Kodak,” stated James Continenza, Chairman of the Board, Eastman Kodak. “His past leadership positions have included businesses selling hardware, software and services, and printing – with B2B customers as well as consumers… We feel extremely confident about Kodak’s prospects with Jeff at the helm.”

Prior to joining Kodak, Clarke (52) was a Managing Partner of Augusta Columbia Capital (ACC), a private investment firm focused on middle market technology and technology-enabled businesses that he co-founded in 2012. Prior to ACC, Clarke was the Chairman of Travelport Inc., a private travel technology firm, where he served as CEO from 2006 to 2011, after leading its sale from Cendant Corporation to the Blackstone Group for $4.3 billion in 2006. During his tenure, Travelport launched an IPO for its Orbitz business.

Clarke was the Chief Operating Officer of CA Inc., an enterprise software company, from 2004 to 2006, where he was responsible for sales, services, distribution, corporate finance, mergers & acquisitions, information technology, corporate strategy and planning.

Clarke was an Executive Vice President at Hewlett-Packard from 2002 to 2003. As EVP of Global Operations, he was responsible for HP’s worldwide supply chain, manufacturing, procurement and Internet operations. He was instrumental in HP’s merger integration with Compaq Computer. Prior to HP, Clarke was the Chief Financial Officer of Compaq Computer, which he joined in 1998 following the merger of Compaq with Digital Equipment Corporation (DEC). At DEC from 1985 to 1998, he served in management roles relating to international operations, finance and manufacturing.

“I have enormous respect for the people of Kodak, and I am excited to join them in moving the company forward to new successes,” stated Clarke. “This enterprise has some extraordinary opportunities, especially those presented by the company’s proprietary technology in commercial printing, packaging and functional printing… My first priority is to spend my time listening to Kodak’s employees, customers, partners and other stakeholders as part of a detailed evaluation of our operations, market opportunities and approach for success.”

Clarke will continue to serve as Chairman of Orbitz Worldwide, a global online travel agency since 2007. He will also continue to serve on the boards of directors of Red Hat, Inc., an enterprise software company, and Compuware Corporation, an enterprise software company. Clarke earned an MBA from Northeastern University, where he serves as a Trustee. He holds a B.A. in Economics from SUNY Geneseo. He grew up in Hamilton, New York.