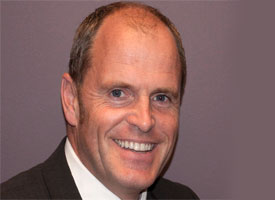 Mitchell Press of Burnaby, British Columbia, has appointed Anthony Clarke to the position of Director, Sales and Marketing. Clarke’s promotion comes after he joined the printing company in 2010. Mitchell Press describes itself as the largest commercial heat-set web printing facility in Western Canada.

In June 2012, Mitchell Press purchased the assets of nearby Teldon Print Media. Mitchell Press, now in its third generation of family ownership, was founded in 1928 by Howard Mitchell Sr. In 2008, the company moved from its Kitsilano facility in Vancouver, where it had operated for over 50 years, to a new, custom-built printing plant in south Burnaby.

“We are very pleased to have Mr. Clarke accept the role of Director, Sales and Marketing,” said David Mitchell, Co-Chief Operating Officer of Mitchell Press. “We are confident that Anthony will bring tremendous value to this new role as we continue to grow in a very competitive market.”

In addition to his time at Mitchell Press, Clarke has over 20 years of printing-industry experience. He previously worked with Quebecor World both in business development and on the Western Regional management team.