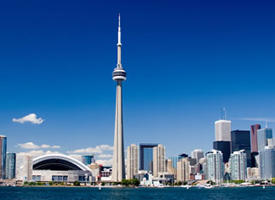 The Canadian Press is reporting that a coalition of 15 organizations, including environmentalists, retailers and taxpayer advocates, has been formed to fight Toronto’s upcoming ban on plastic bags.

In June 2012, Toronto became the first major Canadian city to pass law that would ban retailers from offering plastic bags to consumers. Toronto City Council voted 27 to 17 to make the plastic-bag ban effective on January 1, 2013.

The council vote came as somewhat of a surprise to Toronto’s embattled mayor, Rob Ford, who was originally pushing to scrap the city’s 5¢ bag fee during the June 6 vote. An outright ban of plastic bags was never on the council’s agenda and had not been debated or studied by the city.

According to The Canadian Press, the new alliance of 15 organizations launched a campaign at city hall on Monday to inform the public about the ban’s shortcomings. Spokesperson Kevin Gaudet stated eliminating plastic bags will cause job losses in the plastic manufacturing industry, including family-owned small businesses.

The coalition says the ban won’t reduce pollution, as some supporters have argued. The group says consumers will start using more paper bags, which don’t recycle well and consume three times the energy to produce.