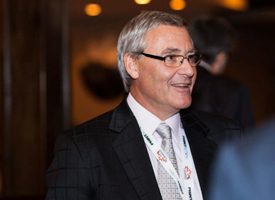 UPDATED MARCH 4: Cober Evolving Solutions, recognized as one of Canada’s most dynamic printing and media-production companies, has acquired Kempenfelt Group and Kempenfelt Wideformat, which resides in a nearby city and is also well-known for product innovation.

“We are thrilled to welcome the skills and services of the Kempenfelt Group to our team,” stated Peter Cober, President of Cober Evolving Solutions. “They have very similar team cultures and pride when it comes to innovation, just like us. Over the past 40 years, the Kempenfelt team has built a great company and a great reputation and we are very proud to have them join the Cober team – a wonderful addition to the expanded geography of services which we are now able to offer.”

In speaking with PrintAction yesterday about the purchase, Peter Cober noted, that while this was an asset purchase, there are no immediate plans for dramatic change at Kempenfelt in terms of equipment, personnel or location. Kempenfelt, however, will take on the Cober Evolving Solutions name, which is well known in the region.

“We are committed to make it work up there. We are not going to close it down and we are not moving it back to Kitchener,” says Cober. “We do well in the Kitchener-Waterloo region and we need to expand our offering to larger geographical areas and this is a start toward doing that.”

Kempenfelt Group of Barrie, Ontario, had been running a couple of 40-inch Heidelberg sheetfed presses (seven-colour and six-colour machines) in addition to a couple of Xerox iGen3 toner presses and Agfa large-format inkjet technology. Cober Evolving Solutions of nearby Kitchener, Ontario, is also rooted in 40-inch Heidelberg presses, but with an emphasis on perfecting, including a couple of 10-colour perfectors and a 5-colour perfector, among other sheetfed offset presses. Cober was also an early adopter of HP Indigo technology, running several such presses for more than a decade.

“They have iGens, we have Indigos, so it is too early to tell where we are headed equipment-wise until we get deeper into the analysis of the mix,” says Cober, who also notes both companies have been diving deeper into large-format inkjet production over the past couple of years, albeit with two different approaches.

In addition to its large HP flatbed inkjet device, Cober recently installed a Kongsberg cutting system and a new 10 ½-foot roll-fed HP inkjet system a little more than six months ago. “We bought the [large-format-inkjet] equipment, moved some internal people around, and relied on our suppliers to help educate us and bring us along,” says Cober. “It has gone well. In terms of sales dollars, we probably do a similar amount to what [Kempenfelt’s] separate company does.”

Taking another route into large-format inkjet production, Kempenfelt in early 2013 purchased a majority interest of a local signage company in Barrie, called JD Print and Display. Kempenfelt then installed a new Agfa :Jeti 3020 Titan UV inkjet system, which Cober notes as being a much faster production system than the larger format HP machines in Kitchener.

“They also have some expertise up there that we lack with regards to fabricating and installation, and they have a screen press there,” says Cober. “They have some different [equipment], but probably the biggest advantage is the knowledge base.”

Chris Peacock, who was President of Kempenfelt Group, will continue to manage the Cober operation in Barrie. In a statement about the purchase, he said, “We truly are excited for this new phase… Cober has taken the lead on becoming an innovative, all encompassing communications provider in Canada. With Cober’s incredible resources at hand, this new venture gives our clients the ability to be able to do so much more.”

Cober Evolving Solutions, for example, has been at the forefront of developing Web portals to drive work onto its offset and digital (toner) presses, which currently amounts to about 90 percent of the job traffic reaching Cober’s HP Indigo machines. In late-summer 2013, Cober Evolving Solutions became the first operation in Canada to install HP’s new B2-size Indigo 10000 press, which Peter Cober indicates has not yet been fully applied to the company’s Web portal workflow.