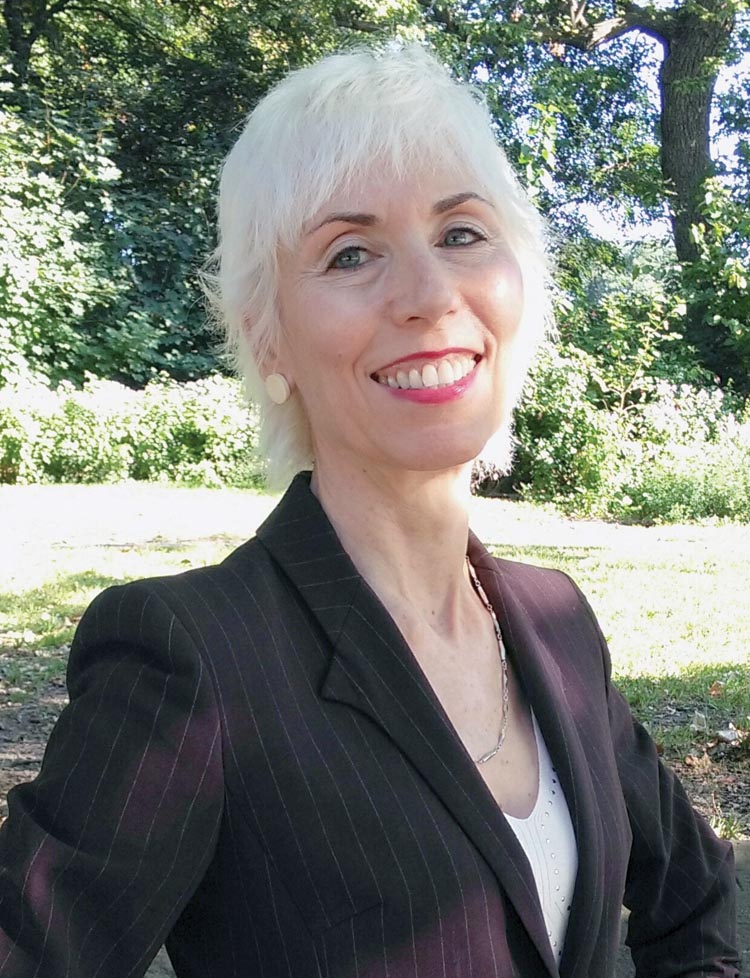 Wendy Weiss was nicknamed The Queen of Cold Calling during her early sales success with printing companies.

From PrintAction‘s April 2016 print issue, Wendy Weiss, The Queen of Cold Calling, combines sales insight and print experience to describe how to leverage one of the most important, yet vanishing, skills of lead generation.

What do ballet dancing and print sales have in common: Wendy Weiss, a.k.a. The Queen of Cold Calling, a widely quoted New-York-City-based sales training and coaching consultant specializing in lead generation and business development.

“I cut my teeth doing new business development in the print and graphic arts industry. Many of my clients are still printers and graphic artists,” says Weiss, who was preparing to present four sales seminars at the National Print Owners Association’s April conference in Texas.

“I was never supposed to be The Queen of Cold Calling. I was supposed to be a ballerina,” Weiss laughs.  As a teenager, she moved from Pennsylvania to New York City to dance. She needed a day job and, tired of waiting on tables, landed a telemarketing position setting up B2B appointments. The telemarketing company did not have enough work for her, but, after discovered she was good at prospecting, print broker friend soon hired Weiss to set appointments. She then worked in sales for a number of New York printers, one of whom nicknamed her The Queen of Cold Calling.

“A big mistake people make when prospecting by phone is talking too much about what they do. Typically printers talk too much about their equipment,” she says. “But I didn’t know any of that stuff back then. I just got on the phone and talked about what a great printer I was setting appointments for… That’s how my sales career started – totally by accident.”

Weiss continued to dance and prospect for businesses for a while, but ultimately turned toward training salespeople, sales managers, and business owners.

Cold calling is indispensable
Weiss believes cold calling is more critical than ever in today’s marketplace. In an interview on the BizTalk Radio Show (one of many free resources archived on her Website), she explains ultimately you can only generate a sales lead four ways: Through marketing; referrals; networking; and cold calling (targeting and telephoning a prospect with whom you have had little or no previous contact).

“[Cold calling] is actually the only appointment-generating or opportunity-generating activity that is directly under your control, and it’s the only way to make up the difference between the number of leads or opportunities that you are finding through marketing, referrals, and networking, and the number of leads or opportunities that you actually need to hit whatever revenue number you’re looking to hit,” she says. “So the issue today is not that cold calling is outmoded… it has changed and most people do it really badly.”

Weiss says email and social media channels lead some sales professionals to conclude incorrectly that they do not need telephone skills: “What if somebody calls you and you blow the conversation? You’re not going to get the customer. It’s also a fallacy that you can use social media as the main driver and not have to talk to people. For our clients to be effective in today’s environment, we teach them to reach out to prospects strategically and consistently over time, using the phone along with other types of communication and software to track their progress.”

Weiss emphasizes that cold calling is a communications skill that can be improved on, but also, “This is not something that you can just wing. There is a certain progression of what needs to be done to get where you want to be.” To teach clients the nuts and bolts of cold calling, Weiss uses a performance model based on her former career as a dancer. The first step in her model is warming up: “When you’re a dancer, warming up is the first thing you do so you don’t hurt yourself,” she explains. “And as a second step, you always rehearse, because that’s how you create the muscle memory that makes your performance automatic. After you have warmed up and rehearsed, then and only then do you pick up the phone.”

In Weiss’s model, warming up means compiling a highly targeted list of the people who are most likely to need what you’re selling: “In the old days we didn’t have a lot of information about prospects, but today a wealth of information about them is available to help you decide who might possibly buy something from you, who are most likely to buy from you, and who are most likely to come back and buy a whole lot more.” Her warm up also requires determining what messaging to use when you get prospects on the phone, as well as in your email and voice-mail messages. “The rule of thumb is that nobody cares what you do, so the words matter.

“Do you have an attention-grabbing introduction, do your voice-mail messages get people to call back, do your emails get people to respond? If someone you talk to says, ‘I’m not interested,’ it means you’re not saying anything interesting. So you need to do some up-front work to figure out what words will be compelling to the market that you’re talking to and make people want to engage with you.”

Changing thoughts and processes
Besides instilling skills, Weiss also helps people who dread cold calling change the way they think about it. She says these clients are prone to counterproductive mindreading or fortunetelling.

“Cold calling isn’t an emotional experience. It’s marketing,” she insists. “The opposite of hating cold calling is not that you love it. It’s that you’re neutral, which is the mindset you want to maintain. You can’t function if you’re hysterical.” Weiss diffuses fear by pointing out that telephone prospecting, especially appointment setting, is highly predictable – most prospects will respond in only a few different ways.

One typical response is, “Send me information.” Weiss explains this usually means a prospect has not read the information sent, because either you have not said anything compelling or the prospect is too busy. If it is the latter, and since your goal is to set up a meeting, Weiss suggests focusing on the fact that they have not said no.

“Find a way to make the prospects right or agree with them by countering with something like, ‘I understand you are very busy, but I only need 10 or 15 minutes.  When would work for you?’ Many times prospects’ responses are not a stumbling block but a negotiation.”

If a prospect responds with, “I already have a vendor I’m happy with,” Weiss suggests focusing on the fact that this automatically places them in the desirable qualified-prospect category.

Weiss describes another scenario in which a printer asked her to help hire a salesperson. When she asked him what procedures were in place for the salesperson, he lapsed into an uncomfortable silence. “A big mistake printers make is to hire someone, teach him or her everything about printing, and then tell them to go and sell with no source of qualified leads and no process to follow. Generally speaking, companies seem to have processes in place for everything except prospecting.

“Yet as managers or business owners, if we lay out a process with steps for our sales reps to follow, it makes things so much easier, and they are so much more likely to succeed, especially inexperienced new hires or somebody who is struggling.”

Although the attrition rate for new hires can be as high as 50 percent, Weiss explains companies usually pay new sales hires up to two-and-a-half years’ salary before deciding to replace them via a corporate hiring cycle that typically costs another two times the salesperson’s annual salary.

“To avoid these mistakes, the advice I would give the head of a company is to put in place a comprehensive process, including things like a targeted list, messaging, skills training for your people, and software that tracks and measures what they are doing so you know what is actually working. If any of these essential elements are missing from your process, your telephone-prospecting campaigns are not going to work well,” she says.

Weiss explains setting appointments should be the first step of staff training: “They don’t have to know every single thing about printing. You can easily teach them how to make appointments, then use software to track what they’re doing, so you know how to coach them appropriately and have some measure of their progress… If they can’t set appointments, they’re probably not going to sell a lot, so you don’t need to wait a full two years before deciding whether or not to keep them.”

Weiss says many printers experience a boom-bust cycle (a busy month followed by an insufficient number of orders the next month) and the bust is frequently the result of not having enough prospects. Her antidote is to prospect every day. “It’s a very common scenario that owners don’t prospect regularly because they get busy doing other stuff. Lots of entrepreneurs also have only one or two really big clients, and if they lose their business, they’re screwed. While it’s a myth in cold calling that you have to do hundreds of dials every day, you still have to do some. You need to take action every day and keep looking for opportunities to move your business forward.”