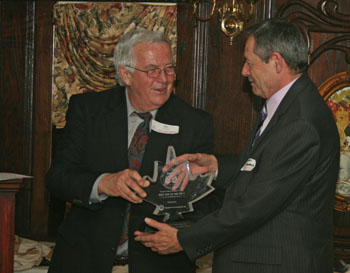 C.J. Graphics, led by President Jay Mandarino, received a combined total of 71 Gold Awards in the International and Canadian Gallery of Superb Printing competitions, held annually by the IAPHC – known locally as the Craftsmen Club. 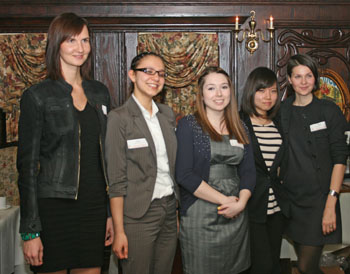 During the award celebrations, held last night at the Duncan House of Fine Dining, the Toronto Craftsmen chapter of the IAPHC organization also displayed its continued support of students pursuing post-secondary education in the graphic communications industry.

Milosevic was also the runner up in the Craftsmen’s inaugural Graphic Design Challenge, in which students from across Canada submit a single print project (poster, brochure, banner, stationery, etc.) to win funding for their graphic arts studies. The competition’s top award went to Lakia Won from George Brown’s School of Design program. 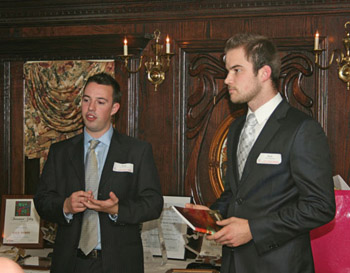 The evening also featured a presentation from Ryerson GCM students Brian Bako and Mark Brejnik, who shared their experiences from the recent Technical Association of the Graphic Arts (TAGA) conference in Florida. As part of the RyeTAGA team, Bako and Brejnik described the process of creating RyeTAGA’s student journal, which included a thermochromic-ink cover and won three top awards at the TAGA conference, including: Best in Publication Design, Best in Production Quality, and Best in Overall Quality.

Bako and Brejnik took time to thank the Toronto Craftsmen Club for its continued support of the RyeTAGA initiative.