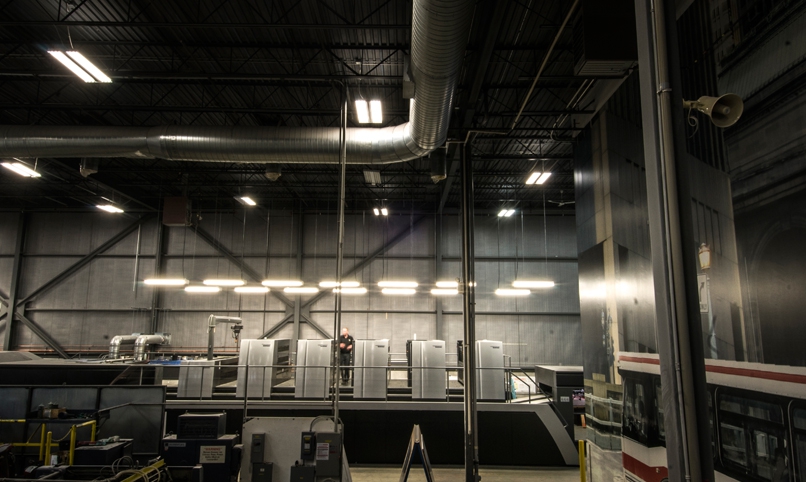 Eclipse specializes in large-format and point-of-purchase printing with approximately 100 employees operating in an 80,000-square-foot facility. Upon completion of this transaction, DATA intends to relocate its current wide format capabilities from its Mississauga, Ontario, facility to Calgary, Alberta.

Eclipse generated approximately $21.3 million in revenues (unaudited) for the fiscal year ended November 30, 2016. DATA notes that over the past three years, Eclipse has experienced average revenue growth rates of approximately 10 percent per year.

“Ralph Misale, COO, and Grant Malcolm, CFO, the two principals of Eclipse, have built a tremendous business since they acquired Eclipse in 2010 by way of a management buyout,” said Michael Sifton, CEO of DATA.  “We are excited to have Ralph, Grant and the entire Eclipse team join DATA.”

Thistle is a commercial printing company with approximately 65 employees operating in a 42,000-square-foot facility. This purchase will allow DATA to insource commercial printing capabilities which it has historically outsourced to local suppliers. The acquisition also adds expertise in design, prepress and bindery services to DATA’s portfolio, and complements DATA’s current capabilities in direct mail, fulfillment and data management.

“We believe that the acquisition of Thistle will enable our sales force to capitalize on having a dedicated Eastern production facility, close to the important downtown Toronto market,” continued Sifton, “and we expect to be able to enhance our margins that we would otherwise have had to share with outsourced providers.”

DATA’s net purchase price of approximately $8.8 million for the assets of Eclipse will include approximately: $2.9 million payable in cash on closing; $1.3 million through the issuance of 634,263 common shares of DATA; and $4.6 million in the form of a non-interest bearing vendor take back note, which will be payable in two equal installments on each of the first and second anniversaries of closing of the Eclipse transaction. The purchase price will be subject to certain closing adjustments relating to working capital.

DATA’s net purchase price of Thistle for approximately $6.1 million will include approximately: $1.1 million payable in cash on closing; $1.5 million through the issuance of 644,445 common shares of DATA; and $3.5 million in the form of a non-interest bearing vendor take back note, to be payable over a 24 month period in equal monthly payments. The purchase price will be subject to certain closing adjustments relating to working capital.

In connection with the two acquisitions, DATA will assume a total of approximately $8.0 million in outstanding long term indebtedness, including capital lease obligations, and intends to draw approximately $7.8 million under its revolving credit facility on closing to refinance certain indebtedness of the two companies and for related transaction expenses.

DATA also announced it has arranged an increase in the total available commitment under its senior revolving credit facility with a Canadian chartered bank by $10 million to up to $35 million. The move provides DATA with a total borrowing base of up to $72 million from $50 million.