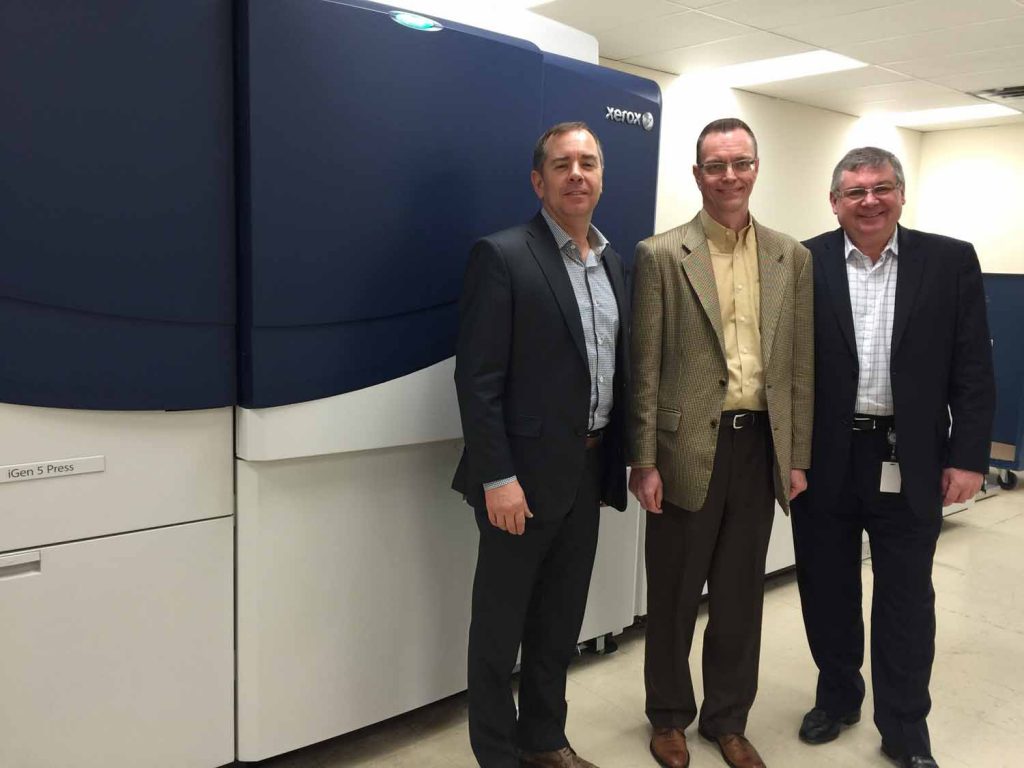 The DATA Group, headquartered in Brampton, Ont., has invested $6.7 million to acquire multiple new Xerox presses, which Xerox describes as one of the single largest toner-production upgrades by a Canadian printing company in 2015.

Installations of the new Xerox equipment, which are to be used across Data Group’s nine production facilities in Canada and Chicago, began in December 2015. The DATA Group has approximately 1,400 employees and generates around $313 million in annual revenue. All of the Xerox systems are built around Xerox FreeFlow Core workflow software.

“The biggest thing we’re getting from this deal is improved productivity, primarily from having a single, consistent workflow,” said Alan Roberts, Senior VP, Operations, The DATA Group. “We’re also getting more capacity, and we’re getting an expanded colour gamut, to closely match brand colours that we couldn’t match before with Xerography.”

The expanded colour gamut, according to the companies, largely comes from the optional fifth toner stations on the Xerox iGen 5 presses acquired by DATA Group. The fifth toner station enables either orange, green or blue in addition to CMYK, which enables the iGen 5s to more accurately match up to 90 percent of the Pantone Plus Coated library.