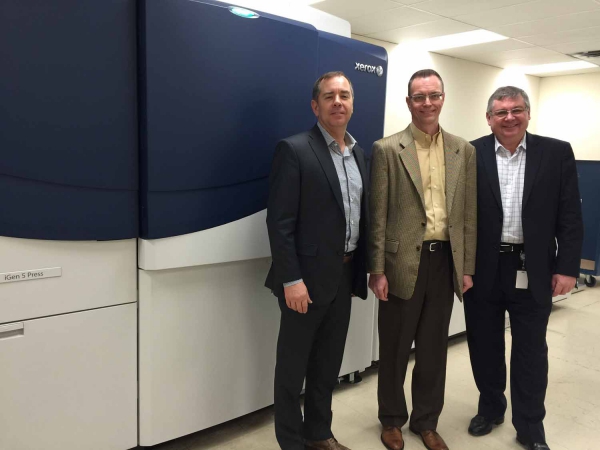 DATA Communications Management Corp. of Brampton, Ontario, has completed an additional investment in its printing platform, including an emphasis on label production, and announced upcoming consolidation of some of its existing nine facilities spread out across the country.

The new round of capital equipment investment focuses around another Xerox iGen 5 press, together with other upgrades and technology enhancements to its current label presses, in the first quarter of 2017. The total investment in these enhanced capabilities is approximately $2.1 million.

“These investments dramatically increase our capabilities in key growth segments of our business,” said Michael Sifton, CEO, DATA Communications. “We remain the leading cutsheet digital colour manufacturing company in Canada and our expanded label capabilities will further establish DATA as one of the leading providers of label products and solutions in the country.”

In January 2016, DATA, then operating as The DATA Group, announced an investment of $6.7 million to acquire multiple new Xerox presses, which Xerox described as one of the single largest toner-production upgrades by a Canadian printing company in 2015. Installations of the new Xerox equipment began in December 2015.

In addition to its new equipment investment, DATA is also announced plans to consolidate its Regina, Saskatchewan, manufacturing and warehousing operations into its Calgary, Alberta facility.

The company also plans to close its Brossard, Quebec Document Process Outsourcing facility, effective March 31, 2017, in addition to the outsourcing of its call centre facility to a third-party business process outsourcing provider, effective March 1, 2017.  The Company expects to incur total restructuring costs of approximately $0.9 million in connection with these initiatives.

“Our goal 18 months ago was to focus on business where we excel, are profitable, and have the ability to grow,” said Sifton. “With these initiatives, we have completed our transition and now have five centres of manufacturing excellence across the country.”

In addition to these changes, DATA also announced the departure of Jeff Gladwish, Vice President, Marketing and Corporate Development. “Jeff has served the company well through our transition and we wish him well in his future endeavours,” said Sifton. “The direction we are taking centres on expanding our services with existing customers and capturing growing segments within the print production and data management areas. As such, our marketing push will be highly targeted and customer centric.”