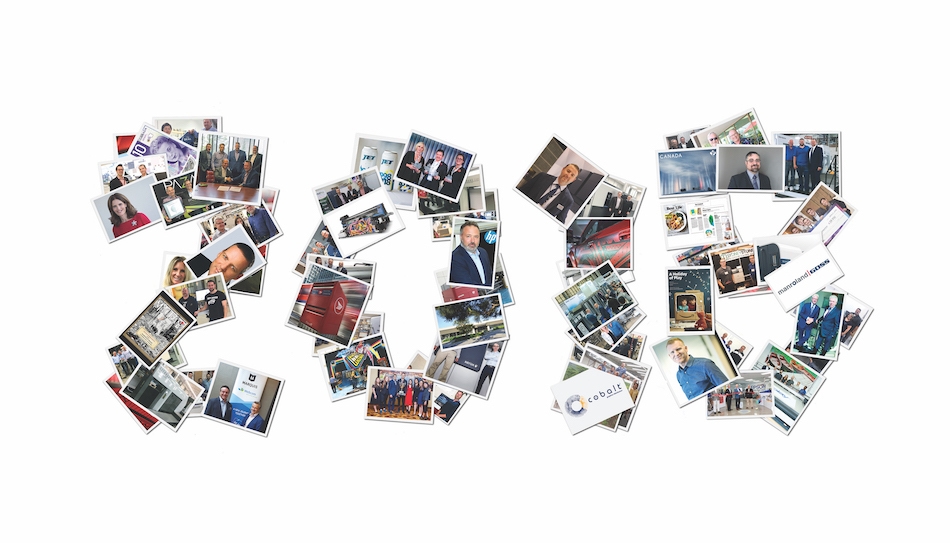 1. Marquis buys Webcom
Marquis Book Printing of Montmagny, Que., in October acquired Webcom, creating one of Canada’s largest printing companies with an annual production capacity of over 100 million books produced in three plants. As a result of the deal, the Marquis team grew from 400 to 600 employees. The purchase comes after the partnership agreement with EPAC in June, which involved a C$9-million investment to install three inkjet production lines in Montmagny.

2. New Xerox leadership
The Xerox Board of Directors welcomed John Visentin (in photo) as CEO and Vice Chairman of the Board in May. Keith Cozza was also elected Chairman of the Board, while Steve Bandrowczak was named President and COO and a member of the Executive Committee. The appointments are part of the agreement Xerox reached with stakeholders Carl Icahn and Darwin Deason to resolve a proxy contest and ongoing litigation related to the company’s proposed US$6.1-billion combination with Fuji Xerox Co. Ltd., a subsidiary of Fujifilm, which would allow Fujifilm to take the controlling interest in Xerox. Under the agreement, then-CEO Jeff Jacobson and six other Xerox board members resigned. 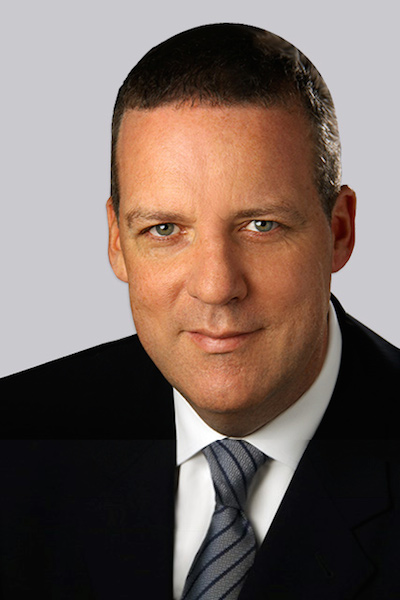 3. Transcontinental ups packaging power
In May TC Transcontinental completed its purchase of Coveris Americas in a deal valued at C$1.72 billion, in its continuing push to become a North American leader in flexible packaging. Since entering the market in 2014, this is TC Transcontinental’s seventh flexible packaging acquisition, including its March 2018 purchase of Multifilm Packaging Corp. Meanwhile the Montreal-based printing company continues to pivot away from magazine and newspaper ownership. In late April its media sector,  TC Media, sold 30 publications, which includes 21 weeklies, to Transmet Logistics & Metropolitan Media, and in June, sold three local newspapers and the related web properties to Groupe Lexis Média inc.

5. Burke signs Heidelberg subscription contract
The Burke Group of Edmonton, Alta., has signed the first North American Heidelberg subscription contract, which it says will help Burke double its productivity and increase profit without the challenges that come with equipment ownership. Through the subscription model, Heidelberg will provide Burke with new equipment, Prinect software, Saphira consumables, parts, consulting and service for a monthly fee based on the number of printed sheets Burke produces each month. This move by Heidelberg fits its growing push toward creating new digital business models, particularly with the company’s new digital packaging (Primefire for carton) and label (Gallus) presses.

6. Quad/Graphics purchases LSC Communications
In October marketing solutions provider Quad/Graphics acquired LSC Communications, a provider of print and digital media solutions, in an all-stock deal valued at US$1.4 billion. The transaction is expected to help create a “highly efficient” print platform to fuel Quad’s 3.0 transformation. As of September 30, 2018, the combined company would have had annual revenue of approximately US$8 billion.

8. CPIA launches renewed association
The Canadian Printing Industries Association, known as CPIA, launched a newly restructured printing industry association this October. Proposed by its board of directors and ratified by its membership in March, the CPIA intends to operate under a new membership structure to help unify the industry. Six regional associations and one supplier association make up the membership, with one or two representatives from each association comprising the board. Richard Kouwenhoven, President and COO of Hemlock Printers, currently serves as Board Chair.

9. Jason Lisi named Ryerson GCM Chair
Jason Lisi assumed his new role as Chair of Ryerson University’s School of Graphic Communications Management (GCM) on July 1. Ian Baitz, the outgoing Chair who began his tenure in 2009, continues as a full-time professor in the GCM program. Under the past nine years of Baitz’ leadership, GCM has become the largest graphic communications school in North America with 640 full-time students and 30 full- and part-time faculty and staff.

10. Canadian Printing Awards
More than 210 people from across the country attended the sold-out 13th annual Canadian Printing Awards in downtown Toronto on November 8, organized by PrintAction and parent company Annex Business Media. A record 114 gold, silver and bronze awards were presented to Canadian printers and technology suppliers in what has become the country’s largest national celebration of print. 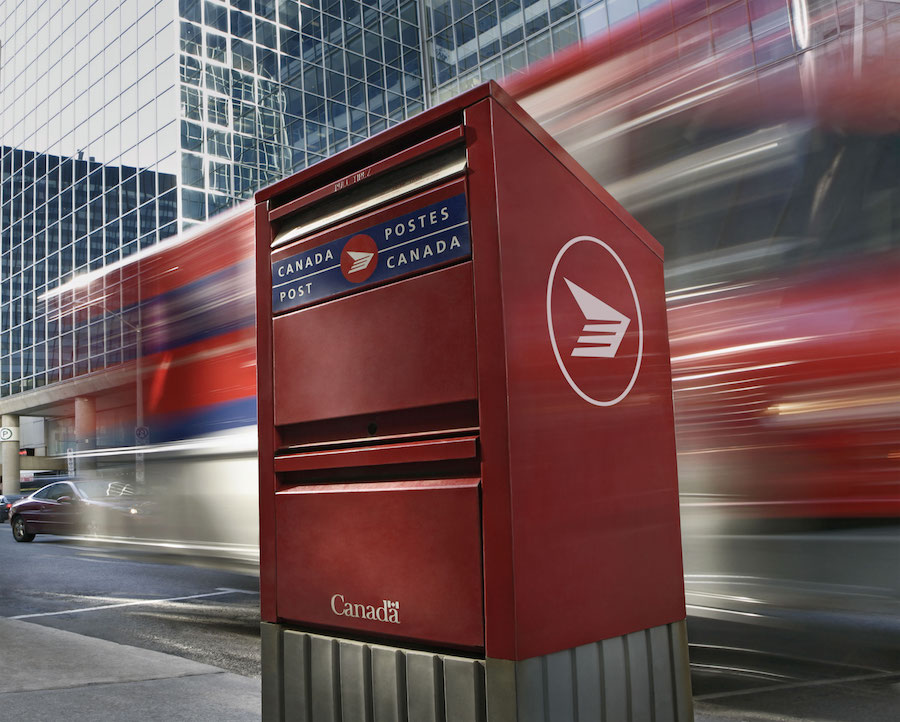 13. Hignell turns 110
Specializing in short- to medium-run book printing, Hignell Book Printing of Winnipeg, Man., celebrates its 110-year anniversary in 2018. Founder Albert Hignell began the company as a small printing shop with the dream of it becoming a prosperous business based on quality and service. The dream was continued first by Hignell’s two sons, then onto his grandson and his great grandson. In the beginning, Hignell printed commercial needs for businesses. In 1989, the Hignell family sold the business to Unigraphics. Remaining true to Hignell’s dream, Hignell Printing/Unigraphics continues to print books for authors and publishers from all over the world.

17. Greg Running joins HP
In March Greg Running joined the General Commercial Sales team of HP Canada, where he is responsible for the full HP Indigo press line in Western Canada, as well as the HP PageWide web press solutions. Running brings more than 25 years of printing industry experience, having most recently worked with Kodak Canada for the past 11 years, including almost six years as Canadian Sales Director.

18. Customized covers for WWI centennial
To mark the 100th anniversary of the end of the First World War, Maclean’s printed 66,349 commemorative issues in an impactful tribute – each featuring the unique name of a Canadian service man or woman who sacrificed their life in the conflict, along with one ‘Unknown.’ 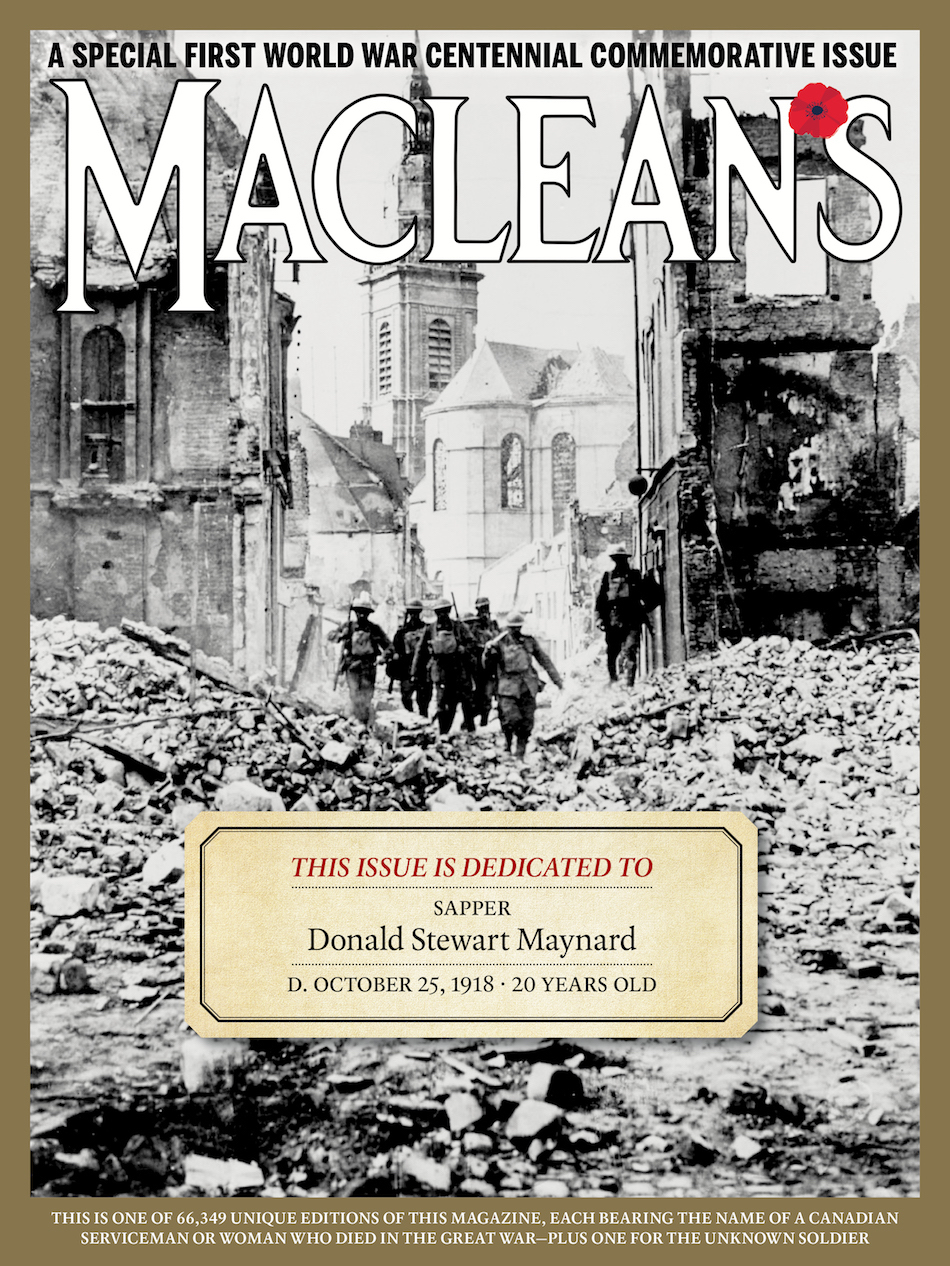 19. Cansel launches Cobalt Graphics Distribution
Cansel in August introduced Cobalt Graphics Distribution, a new company that will operate as a national distributor of wide-format, flexographic and offset products to the print communications market in Canada. With the launch of Cobalt, the Cansel Geospatial division will continue to distribute wide-format products to its architecture, engineering and construction customers while the new, independently run Cobalt says it retained the employees, suppliers and relationships that are focused in the reprographics, wholesale distribution and printing markets. 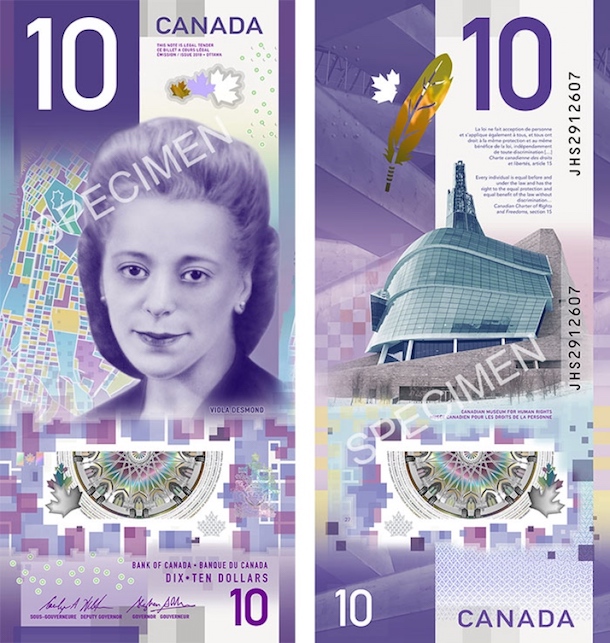 22. ICP Industrial expands north
ICP Industrial – a division of Innovative Chemical Products Group (the ICP Group), and global manufacturer of specialty coatings for the packaging, labelling and graphic arts industry – formed ICP Industrial Canada in July. With manufacturing operations already in the U.S. and Mexico, the additional footprint in Canada aims to help drive the company’s international growth strategy. In addition to its formation, ICP Industrial Canada entered into a strategic partnership with manufacturing representative firm Divicor of Montreal, Que., to supply its pressroom consumables to the Canadian market.

23. Postmedia closes community newspapers
Postmedia announced in late June it would close six small-town newspapers and reduce print publication of three more, while cutting 10 percent of its workforce across the entire newspaper chain. The company said the changes are part of its plan to reduce salary expenses by 10 per cent by August 31, the end of its fiscal year. Some jobs were identified for elimination, while voluntary buyouts were offered to unionized employees and editorial staff, both unionized and non-unionized.

25. Jeff Ekstein receives lifetime achievement award
On November 9 at the Ben Franklin Honor Society Award Dinner during the Printing Industries of America’s fall meeting, Jeff Ekstein, a third-generation owner of 65-year-old Willow Printing Group, received the 2018 Lewis Memorial Lifetime Achievement Award. Established in 1950, the Lewis Award pays homage to business leaders who have made long-term contributions to the graphic arts industry. As President and CEO, Ekstein has led the Willow Printing Group through a number of strategic acquisitions and business model evolutions.

26. St. Joseph launches targeted flyer delivery program
St. Joseph Communications this spring launched what it described as a new flyer distribution model, under its media brand name Best Life, a weekly editorial lifestyle magazine, for Canadian retailers to reach consumers. The first Best Life package reached Canadian mailboxes for a controlled test in the London, Ont., market on April 27. St. Joseph explains this model presents a more cost-effective solution than other Canada Post flyer delivery programs, as well as what the company describes as a cluttered delivery environment. Best Life was deposited directly into the mailboxes of targeted houses, apartments and condos.

28. Amazon goes print
Last month Amazon published and mailed a holiday toy catalogue, A holiday of play, to a number of U.S. households. The printed catalogue was also handed out at various Whole Foods Market locations, the grocery chain Amazon bought last year. This represents another move from the e-commerce giant to incorporate traditional tools used by brick-and-mortar stores into its business model, and follows the closure of  Toys “R” Us U.K. and U.S. operations earlier this year.

Related: The catalogue comeback 29. Ipex closes its doors
Organizers of Ipex, an international print technology and equipment tradeshow, announced in late-June the decision to close the show after consulting with the print technology industry. “The changing market conditions and appetite for a large-scale event which focuses on ‘Print in Action’ continues to be challenging. Having engaged with a range of exhibitors and partners to evaluate the options for Ipex, we have concluded that the requirements of the industry no longer match our own in terms of the cycle, scale and what is required to help us further support and fully invest in the brand,” Rob Fisher, Ipex Event Director, said. The most recent edition was held in London, U.K., from October 31 to November 3, 2017.

This feature was originally published in the December 2018 issue of PrintAction, now available online.